The proximity of Zambrana to the Ebro river and, therefore, to the border with Burgos and La Rioja, caused this town to receive very varied influences from the neighbouring areas throughout its history. The medieval Zambrana arose in an enclave of the environment known as “La torre”, where the primitive Romanesque church of Saint Christopher was located. Nevertheless, the route of the Camino Real, through which merchants, travellers and pilgrims moved, led to the appearance of a second adjacent neighbourhood that caused the abandonment of the original town. Thus, the hermitage of Saint Lucy was promoted to parish, while Saint Christopher was left in a state of abandonment until its disappearance. Today, some of its remains can be seen as part of the manufacturing of the parish church.

The Chi Rho of Zambrana

We find a well-known medieval symbol on one of the surviving pieces of the ancient Romanesque church of Saint Christopher. The Chi Rho of Zambrana represents the Trinity through three letters: the P on the upper part refers to the figure of the Father, the S on the lower part refers to the Holy Spirit, and Christ is represented by the X that crosses the circle. The Greek letters alpha and omega hang from the bars of this cross. They are identified as the beginning and the end of time. This symbol is based on the emblem of the Roman emperor Constantine, the first to adopt Christianity. An important reform of the cult sponsored by the papacy, the bishoprics and the Benedictine Order known as the Gregorian Reform adopted it as ensign and main symbol from the 11th century. The resistance to this reform in Álava explains why we only find four Chi Rhos in this entire Romanesque area, the one of Zambrana being one of these rare models. 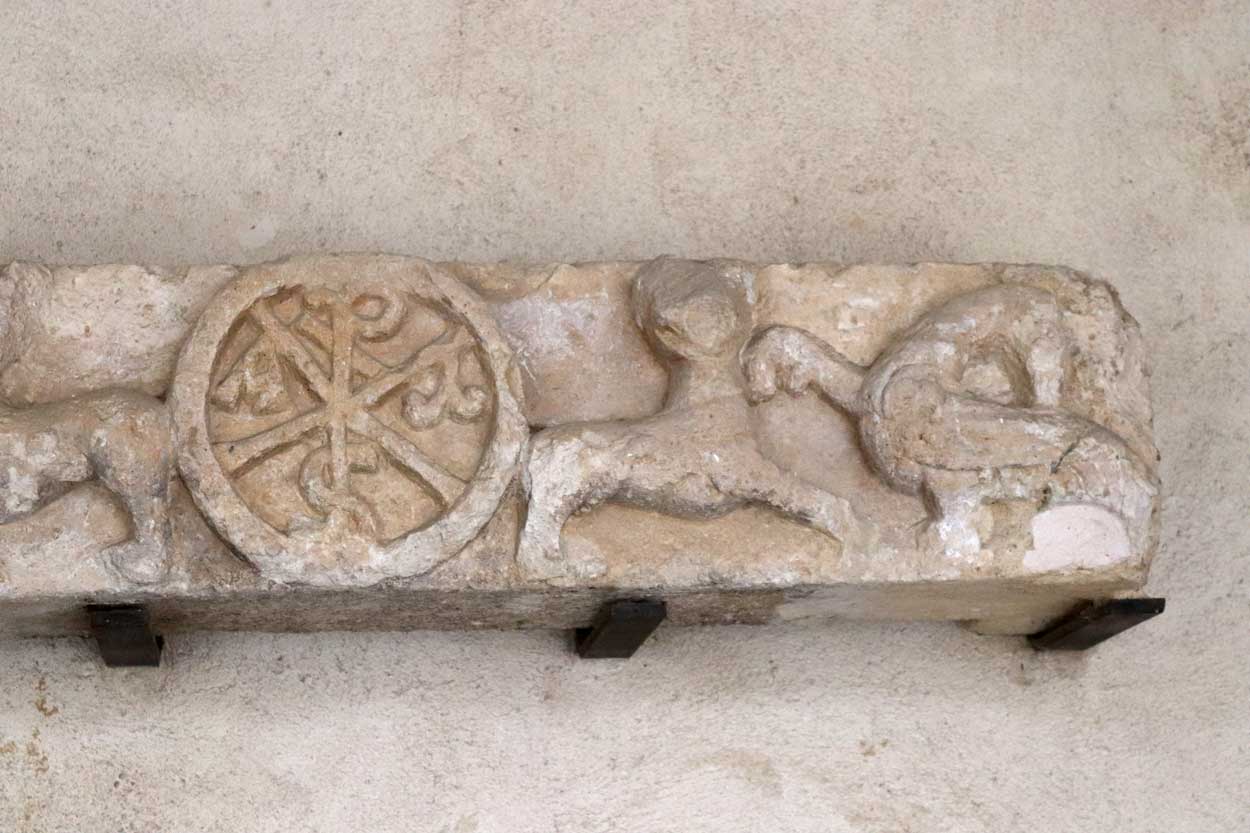 The church of Zambrana has not gone through significant modifications since the temple was finished in the 19th century. Its weird appearance made up of different structural phases with different heights remains standing today. Only the move of some Romanesque pieces (such as a tympanum, a lintel and several keystones) from the inside of the tower to the portico so that they could be easily contemplated has constituted a novelty in recent times in a temple that has not gone through significant restorations during the 20th century. 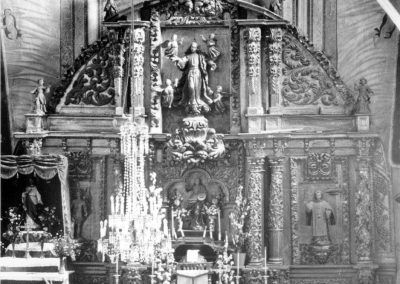 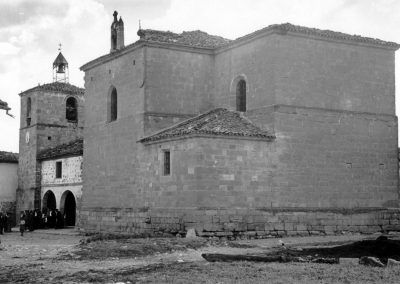 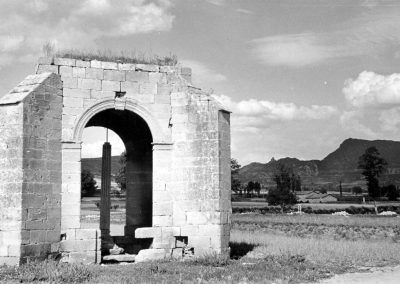 The church of Saint Lucy

At present, the church of Saint Lucy shows a particular appearance due to the different moments in which it was built. The original building was a hermitage of the 16th century that was decided to expand once it obtained the parish status in 1621. From then on, a series of expansions were designed, which, for unknown reasons, could not be entirely carried out, making the different structural phases of the building very visible today. 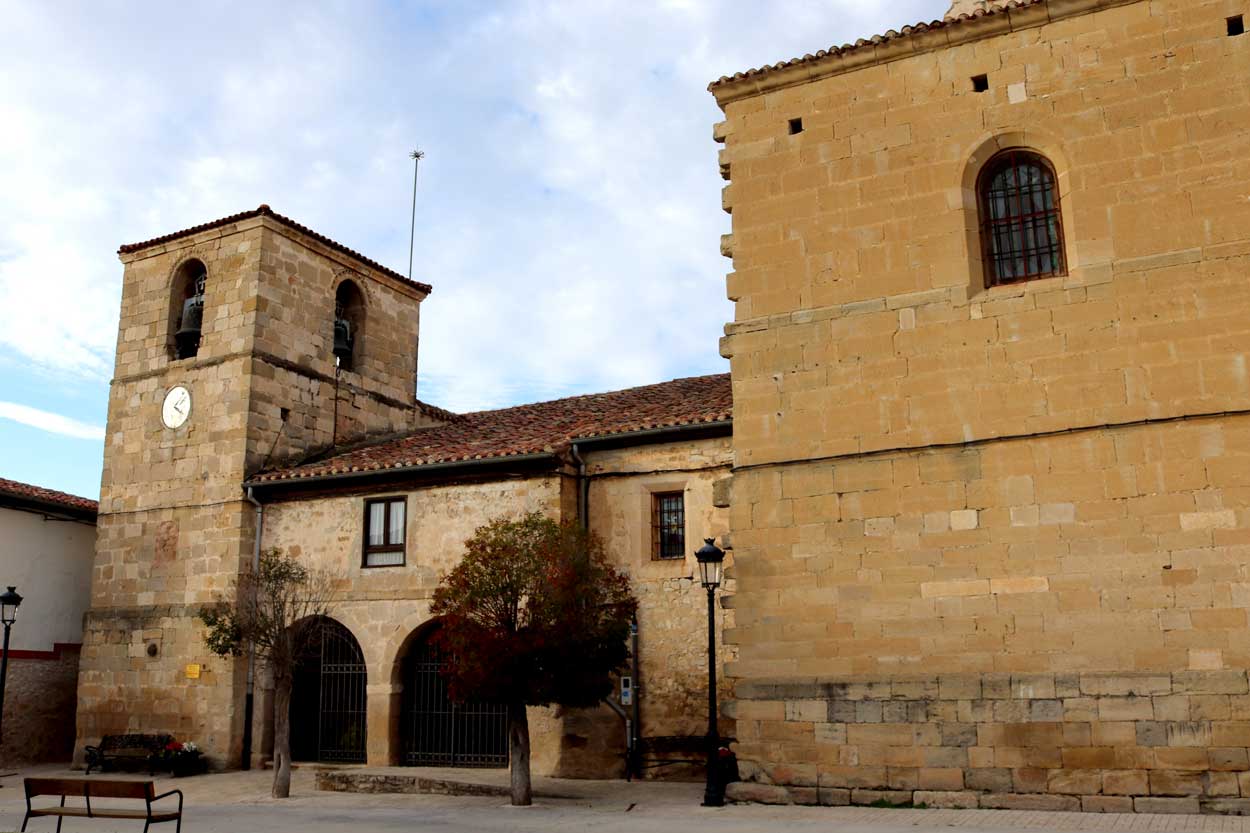 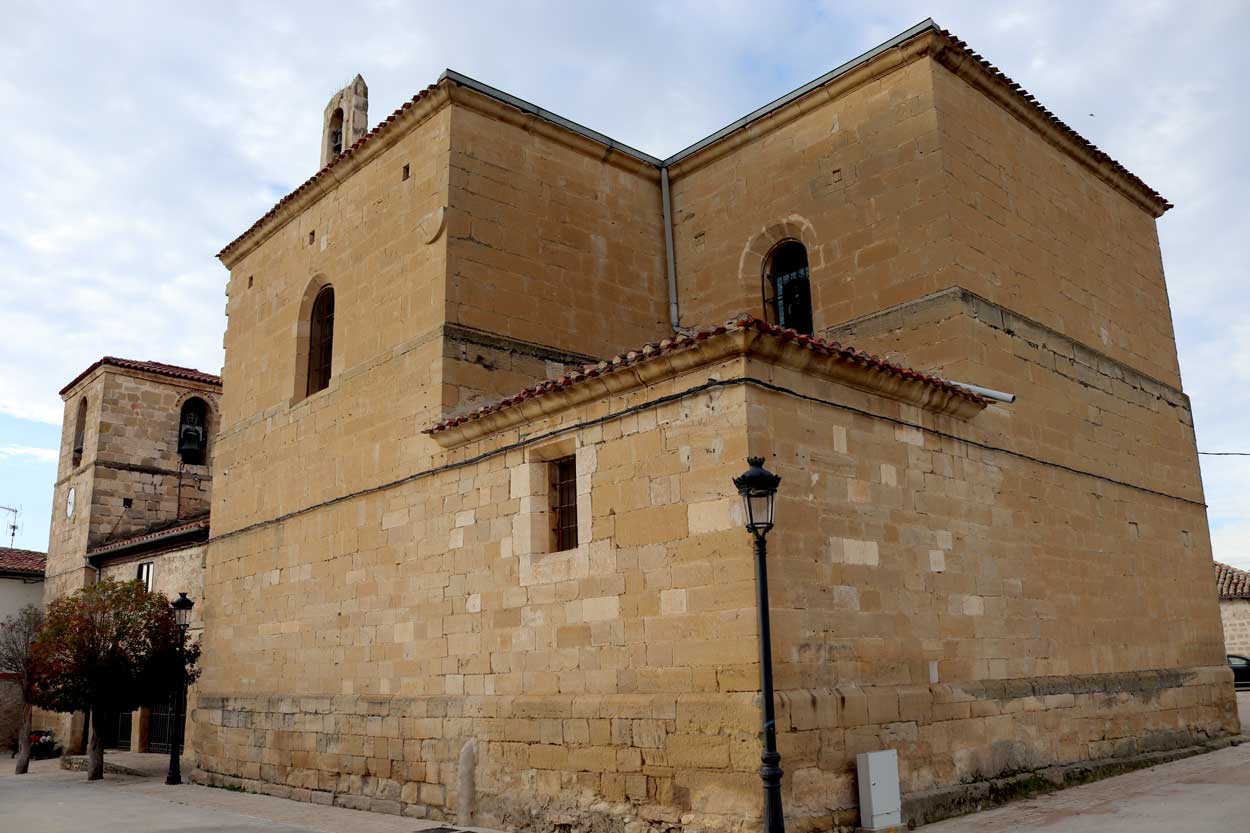 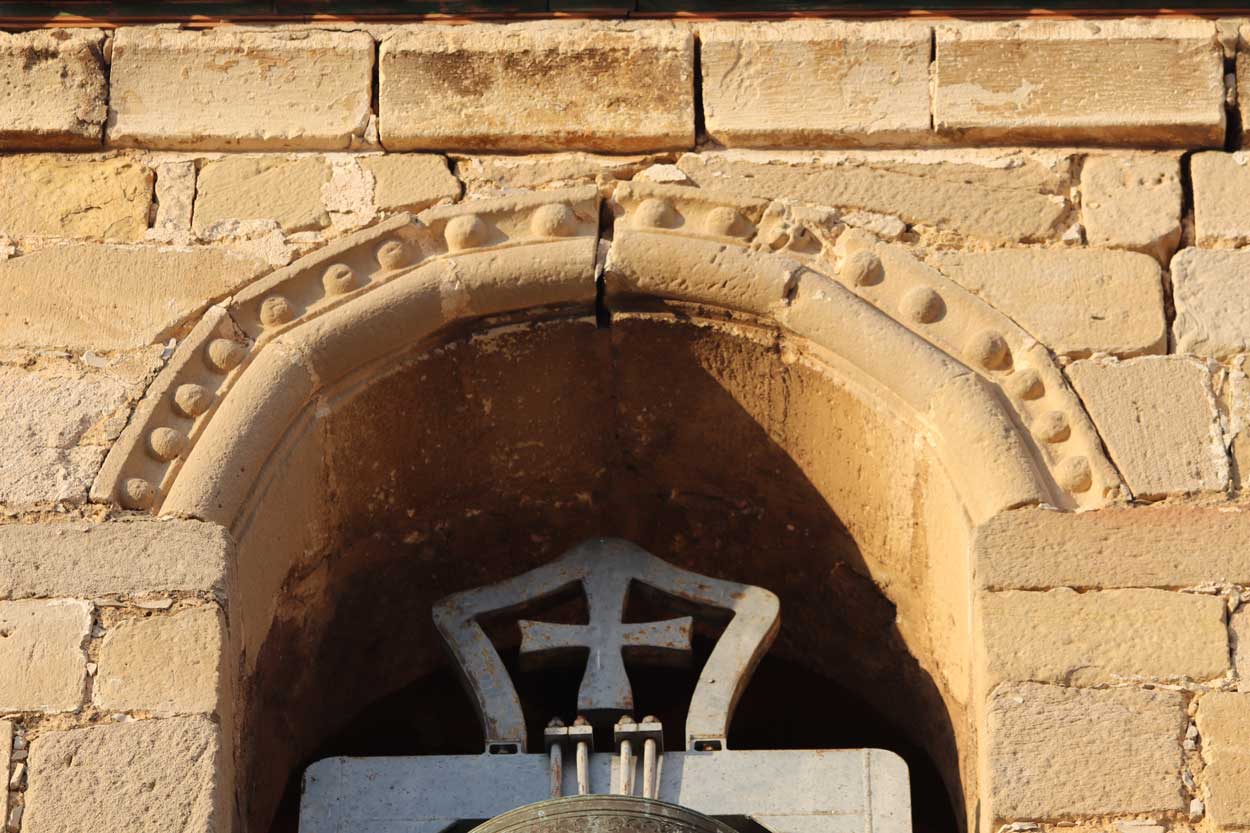 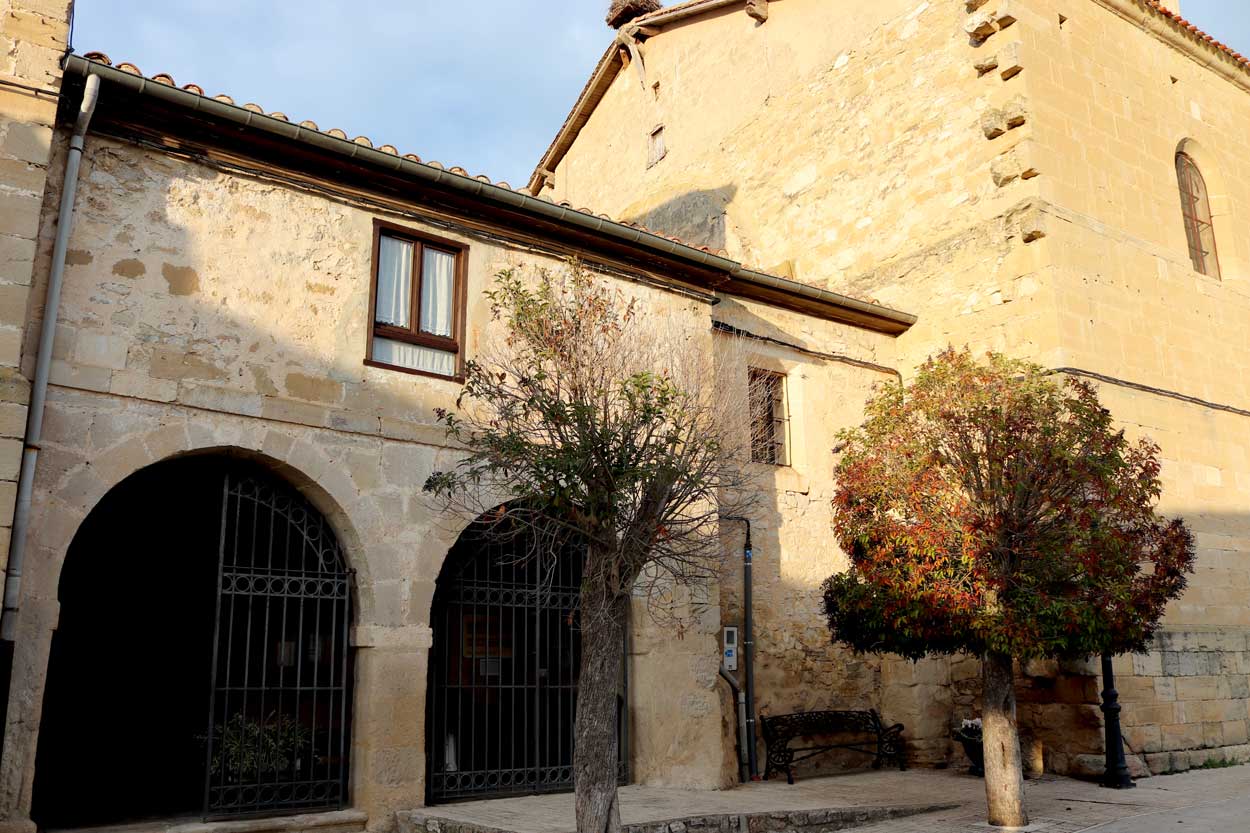 The central nave still preserves the original walls of the hermitage of Saint Lucy, over which the following were added towards the end of the 17th century: the groin vaults, the two side chapels that today respectively house the floats of the Holy Week and the baptismal font, and a new apse that would later be replaced by the current one. The construction of the tower was undertaken in that same renovation, for which the ashlars and several sculpted pieces coming from the Romanesque hermitage were used, in those years already in disuse. This is why it is remarkable to see how there is a decoration in the arches of the bells based on balls that were probably part of the old cornice of the church of Saint Christopher.

Towards the end of the 18th century, the church experienced another attempt to be expanded. At that time the transept was built, influenced by the rococo style, as it can be guessed from the decoration of the dome based on Chinese motifs and decorativist scenes such as churches, bridges and trees. The two side naves of the transept house several free-standing sculptures and altarpieces. Most remarkable is the one dedicated to the souls of the Purgatory, in which we can see a large painting in which the damned souls writhe in flames while Saint Francis flies over them offering them redemption. On the upper part of this same altarpiece we find a medieval figure of the Virgin with the Child, an image that possibly comes from an old hermitage that no longer exists.. 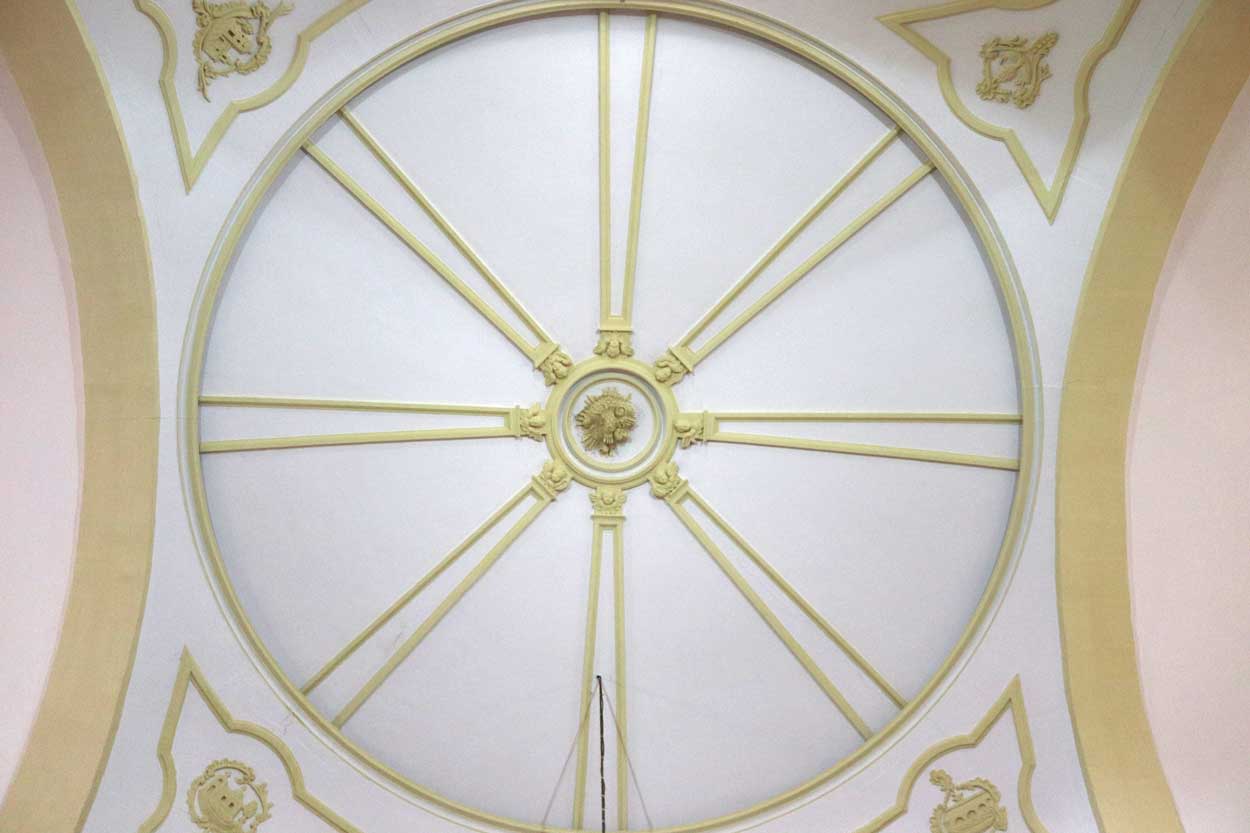 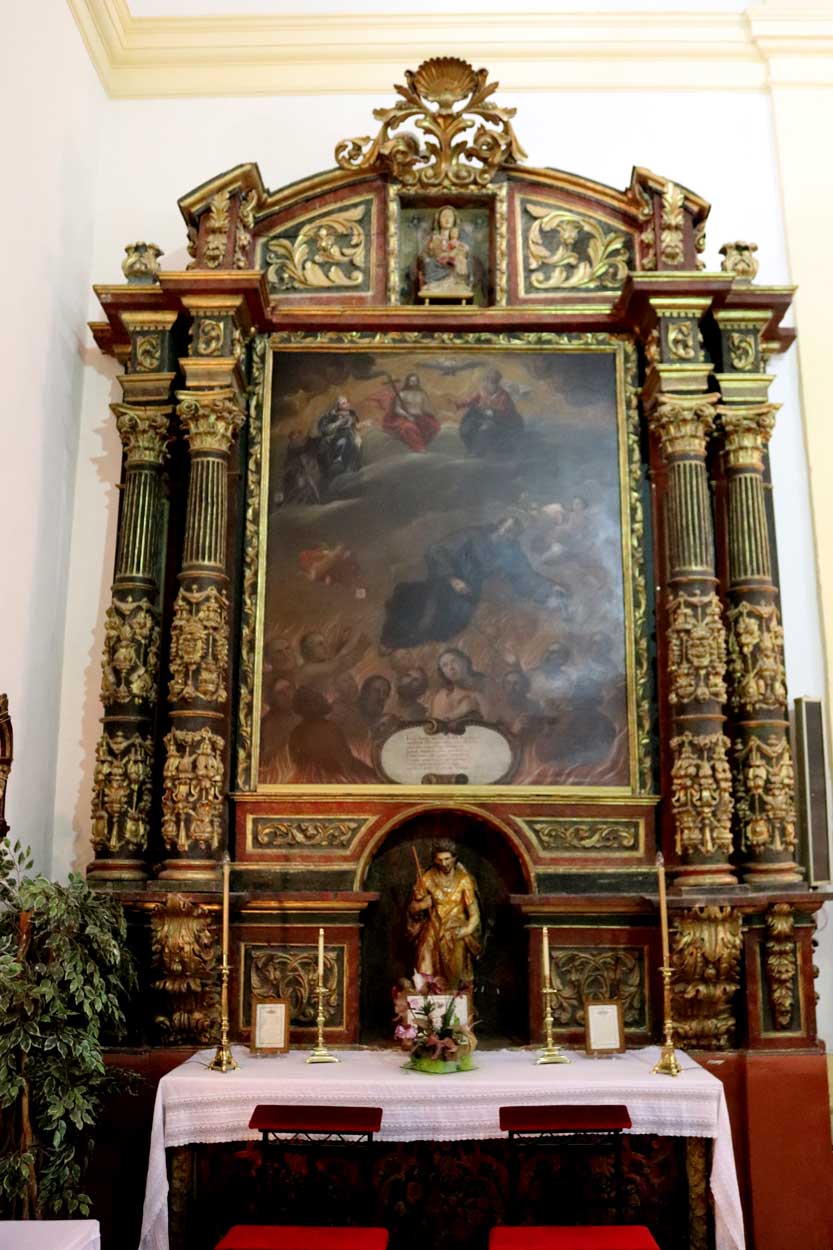 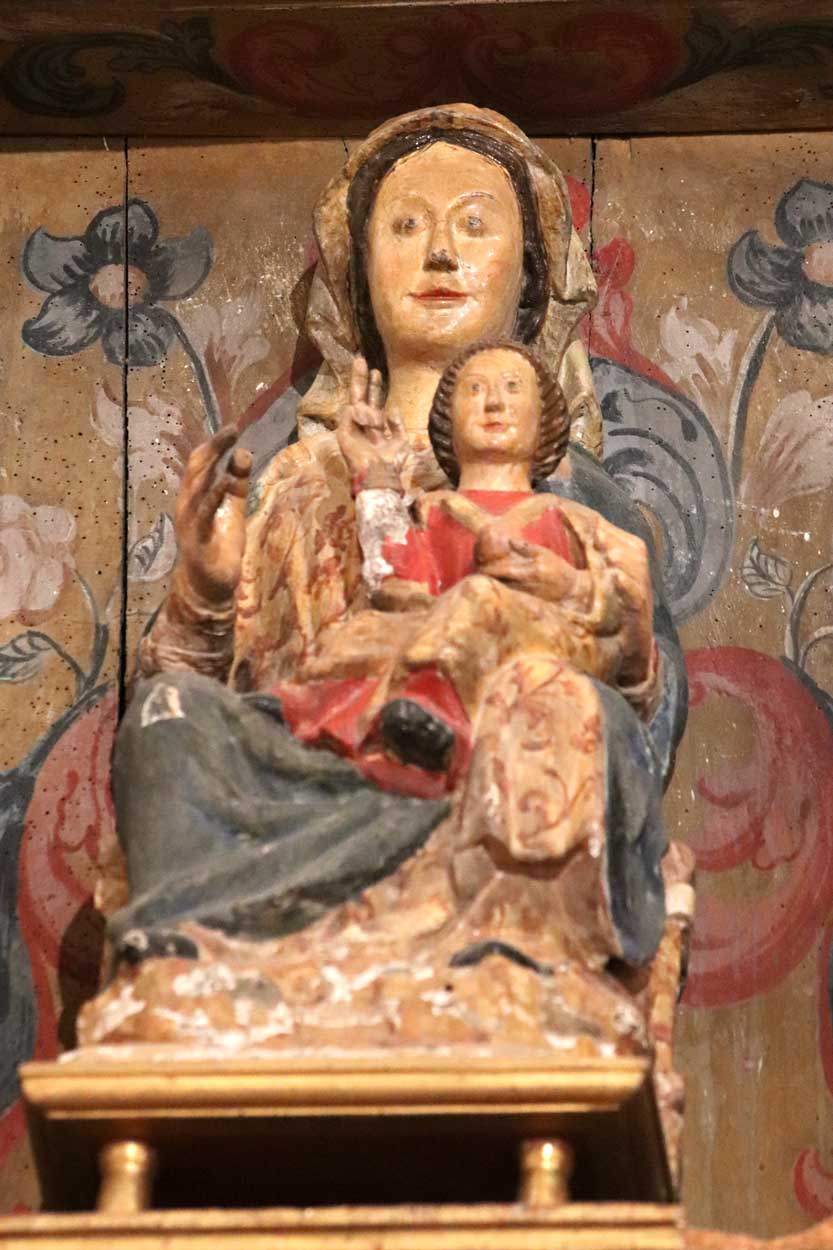 
On the presbytery we see the main altarpiece, of churrigueresque style and smaller than the wall where it sits. This indicates that, almost certainly, it was designed for the apse of the previous century and that it was moved to its new location when the work in this area was completed. In order to cover all the remaining space, the mural painting that frames the altarpiece was hired in the mid-19th century, consisting on a large dossal curtain that is being opened by two angels. On the top of the sculpted altarpiece we see an addition painted with neoclassical criteria and crowned by a calvary with Christ on the cross. 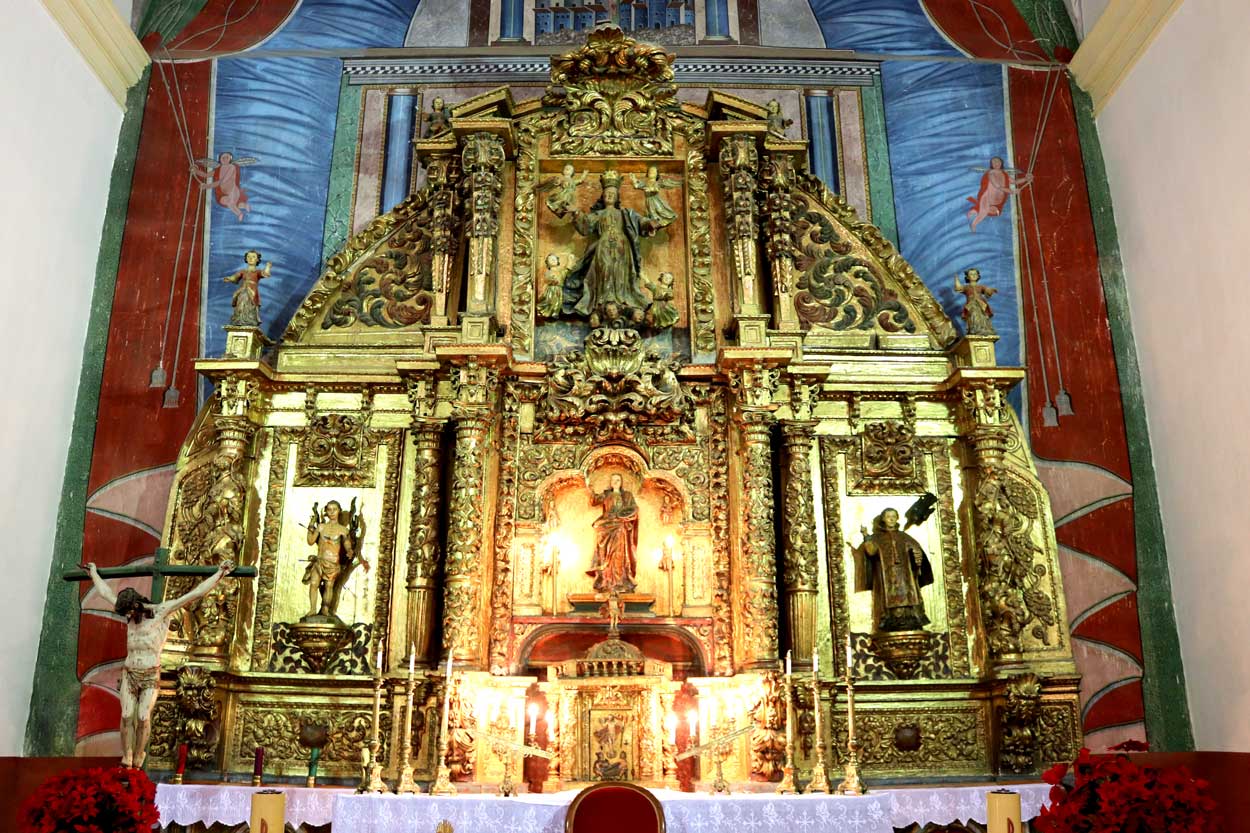 In the last decades there was an interesting discovery inside the tower. Several truly interesting Romanesque reliefs of the old church of Saint Christopher had been used as construction material. The medieval art teacher Felicitas Martínez de Salinas, author of the discovery, decided to bring them to light and place them on a visible area of the portico. Despite their damage, they are pieces of great artistic quality that correspond to the facade of the former church. On the tympanum we see a Maiestas Mariae or Virgin with the Child inside a mandorla held by two angels and rampant lions. The surrounding keystones show a bestiary in which we find birds, four-legged animals and mermaids. On the lintel, surrounding a Chi Rho, the animal theme continues with lions, birds that peck their wings and a basilisk. 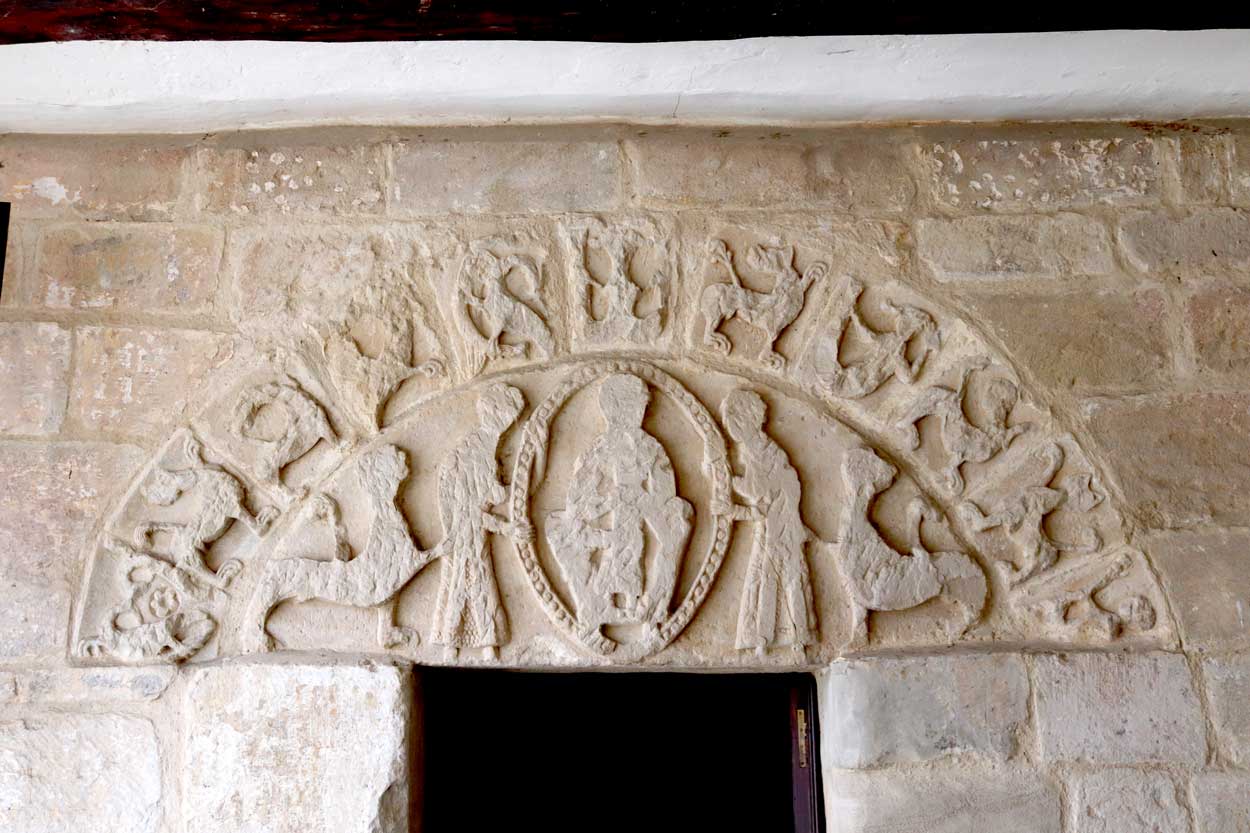 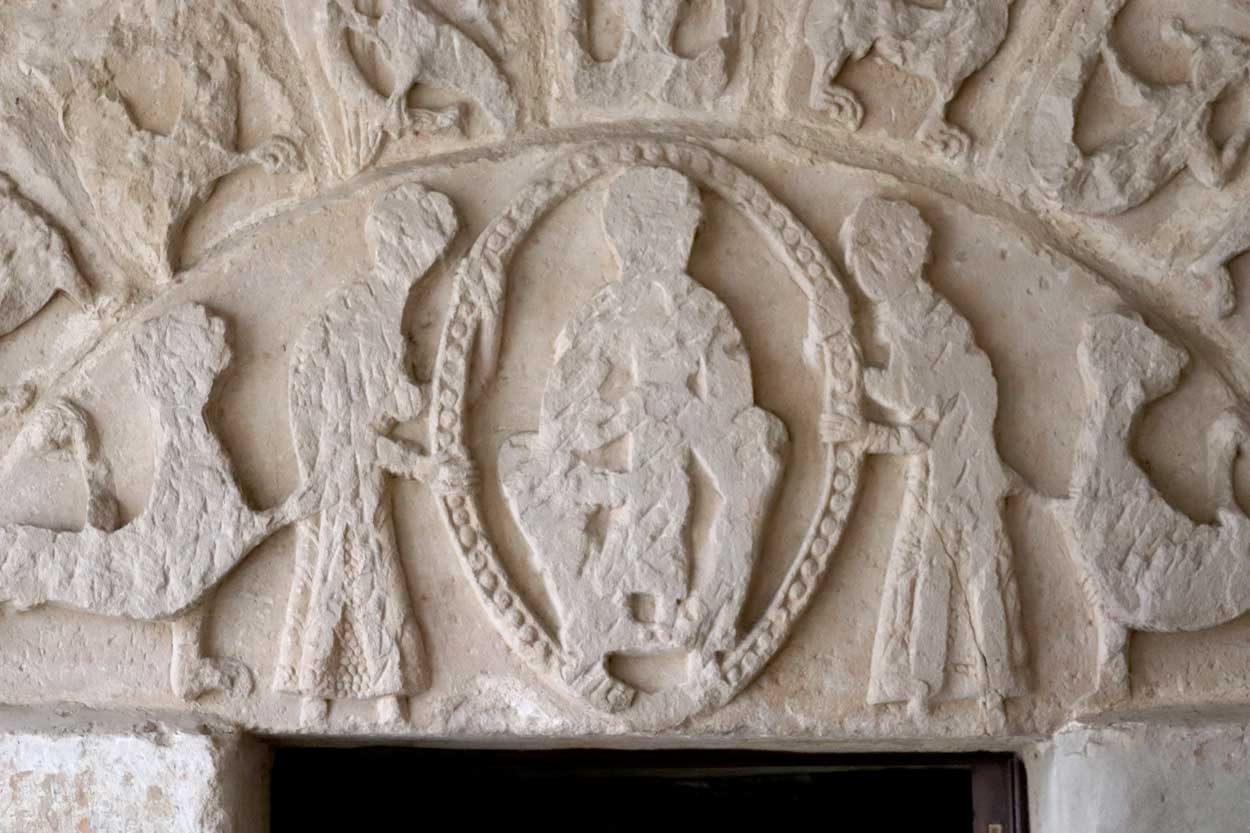 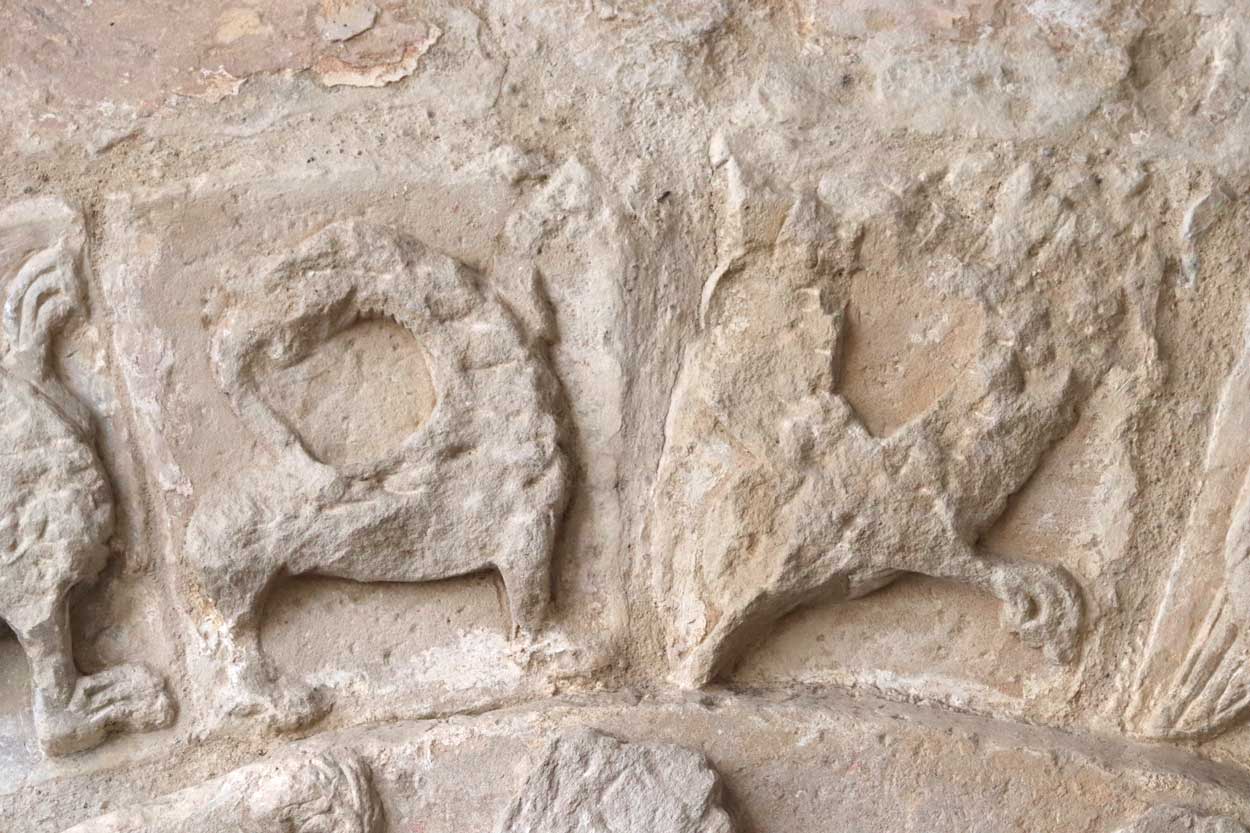 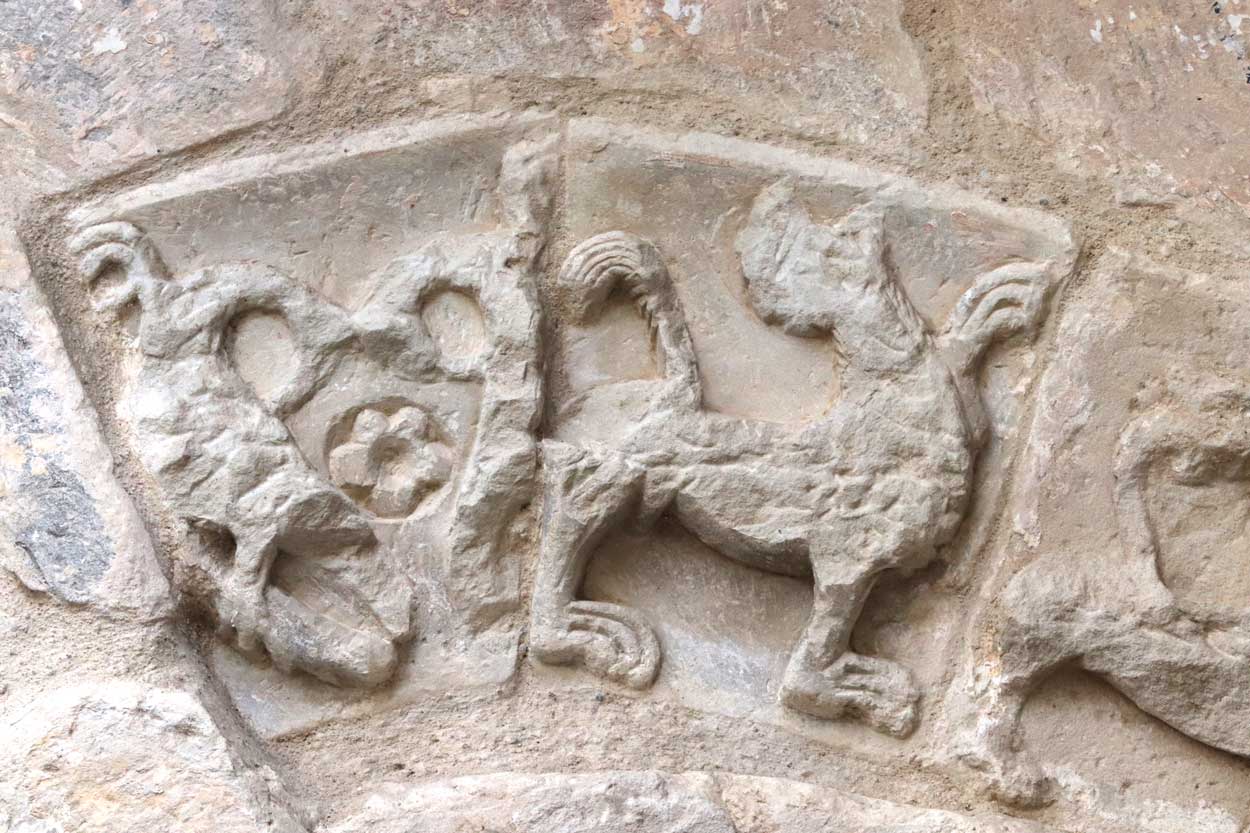 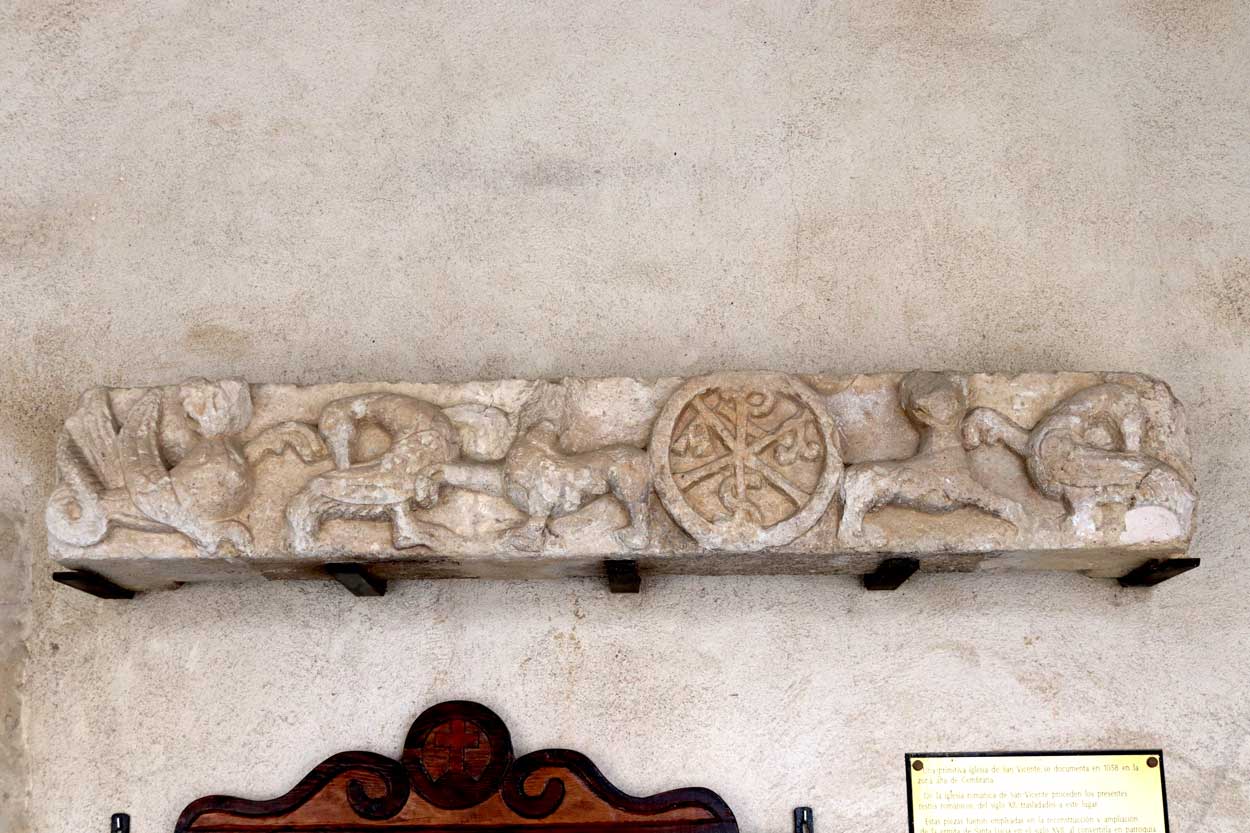 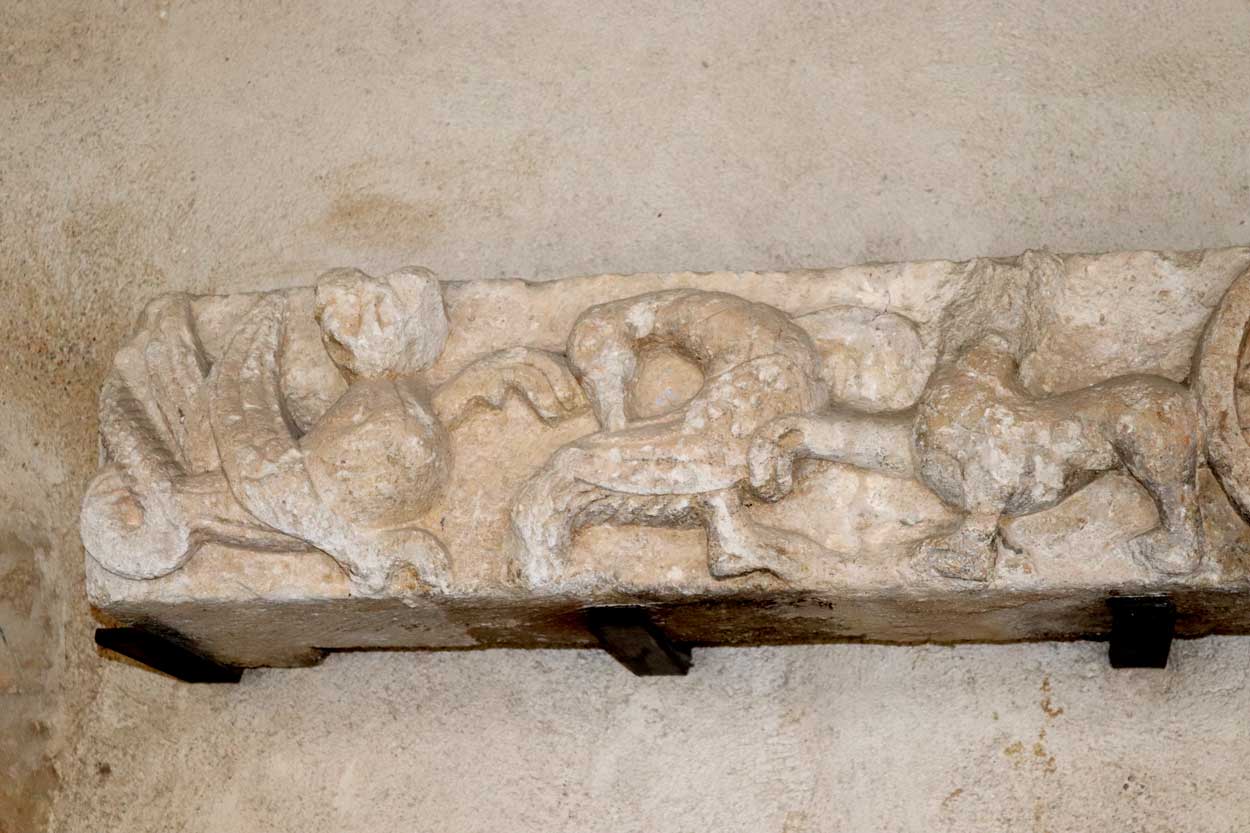