Just a kilometre from Alegría-Dulantzi stands the hermitage of Nuestra Señora de Ayala, one of the best-preserved Romanesque temples in the Alavese Plains. Long ago, it was part of the route of the Camino de Santiago, which has left a deep mark on the decoration and structure of the church. Even though we see it as a hermitage today, it was the parish church of the small village of Ayala in the Middle Ages, which now no longer exists, as its inhabitants moved to the neighbouring village of Alegría-Dulantzi in search of better living conditions. Currently, it can be admired within a wide natural setting prepared to be visited, which is full of interesting archaeological remains found nearby, such as the pedestals of old Stations of the Cross and a sarcophagus.

Most notable inside the hermitage is a series of circular red wall paintings that can be found around the entire perimeter of the church. They are medieval consecration crosses. These crosses were painted during the complex rite of dedication or consecration of a church, which was officiated by the bishop. After carrying the relics of a saint to the new temple, the bishop went round the outside of the temple three times, sprinkling holy water over the walls. Next, he reentered the church, where, among many other rites, this series of crosses were anointed, which were a sign of protection. Usually, twelve crosses were anointed, in reference to the apostles, and a lit paschal candle was placed over them. Not all churches profited from the consecration rite. At present, we only know about two examples of consecration crosses of this style in Álava: in the hermitage of Ayala and in the church of Saint Martin of Tours in Arbulo. 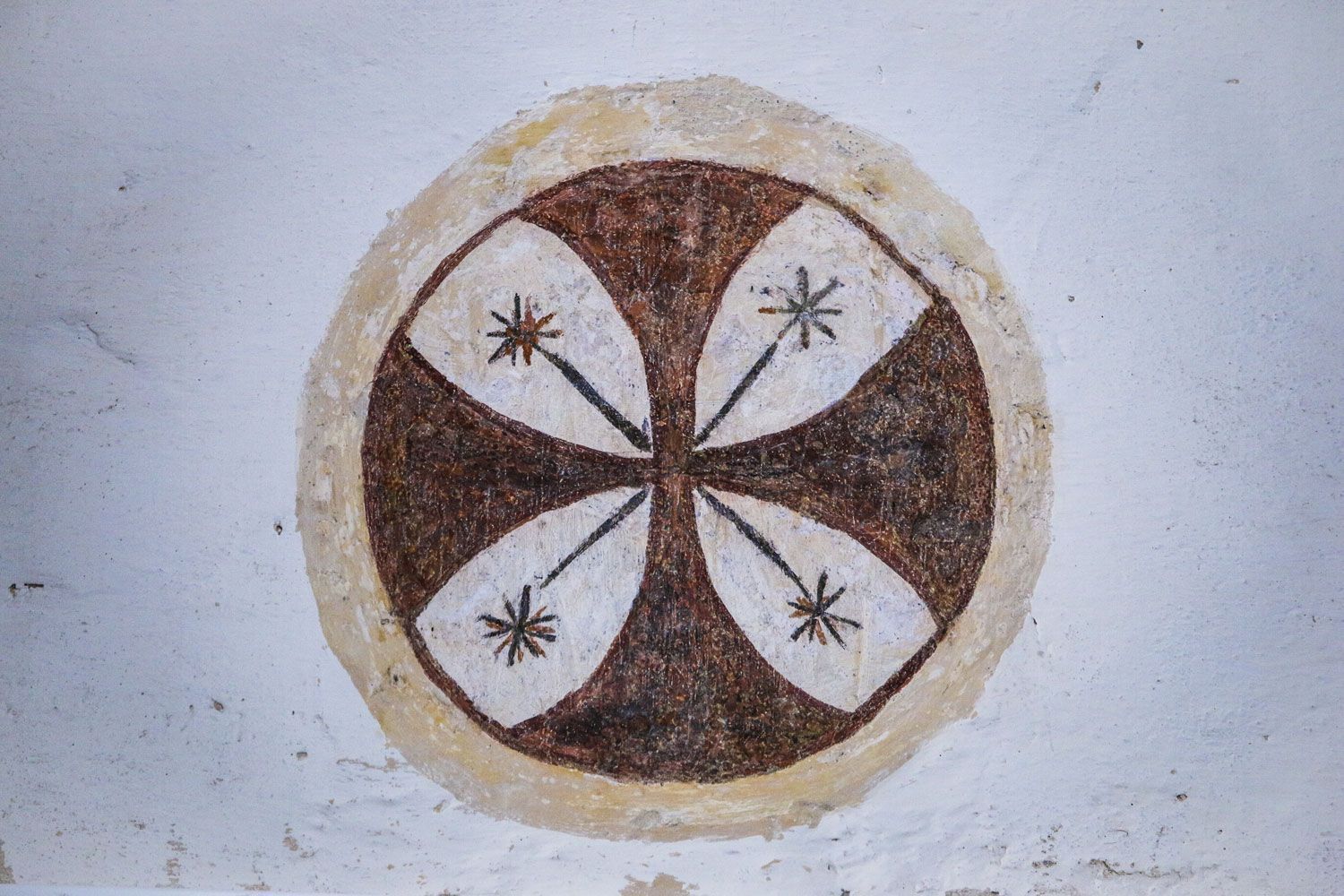 Towards the end of the 19th century, the church was almost in ruins. Antonio Pirala already commented on his book Provincias vascongadas that its “complete destruction” should be prevented. Fortunately, later restorations prevented its collapse, although they slightly reduced the height of the old portico. This is why we can see the remaining Romanesque pieces today, such as the remains of columns and capitals, relocated inside the porticoed space. Photographs from: (Lorenzo Elorza and Federico Baraibar) Cristóbal de Castro, Catálogo monumental de España, Madrid, 1915. 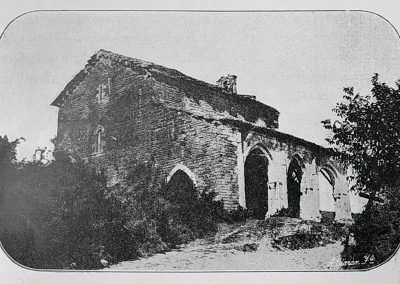 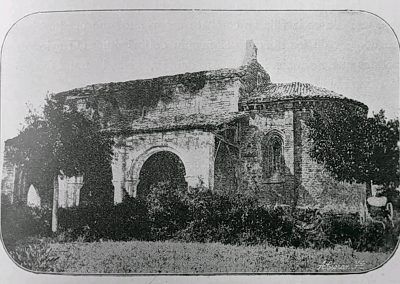 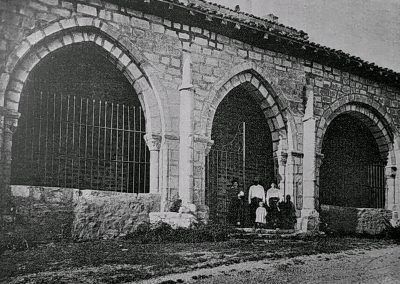 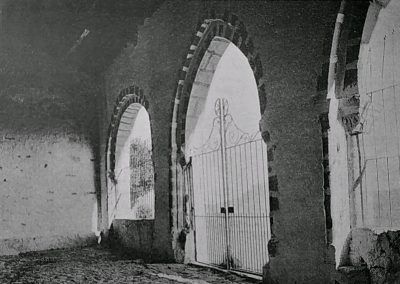 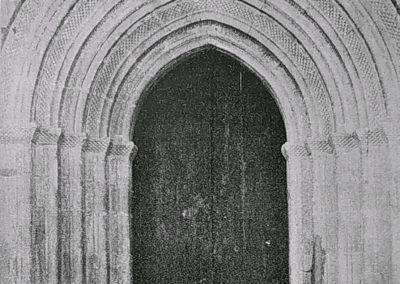 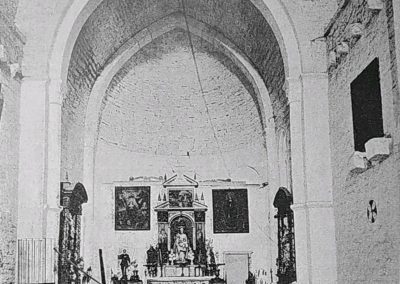 As we approach the unmistakable profile of the hermitage of Nuestra Señora de Ayala while getting close by the Camino de Santiago, the first thing that stands out is its huge semicircular apse. Three windows pierce the apse: two of them are simple arrow slits decorated with balls on a discharge arch, while the third one is a subsequent hole made in Gothic style, with decorated capitals in which we can see ladies with headdresses and gentlemen. 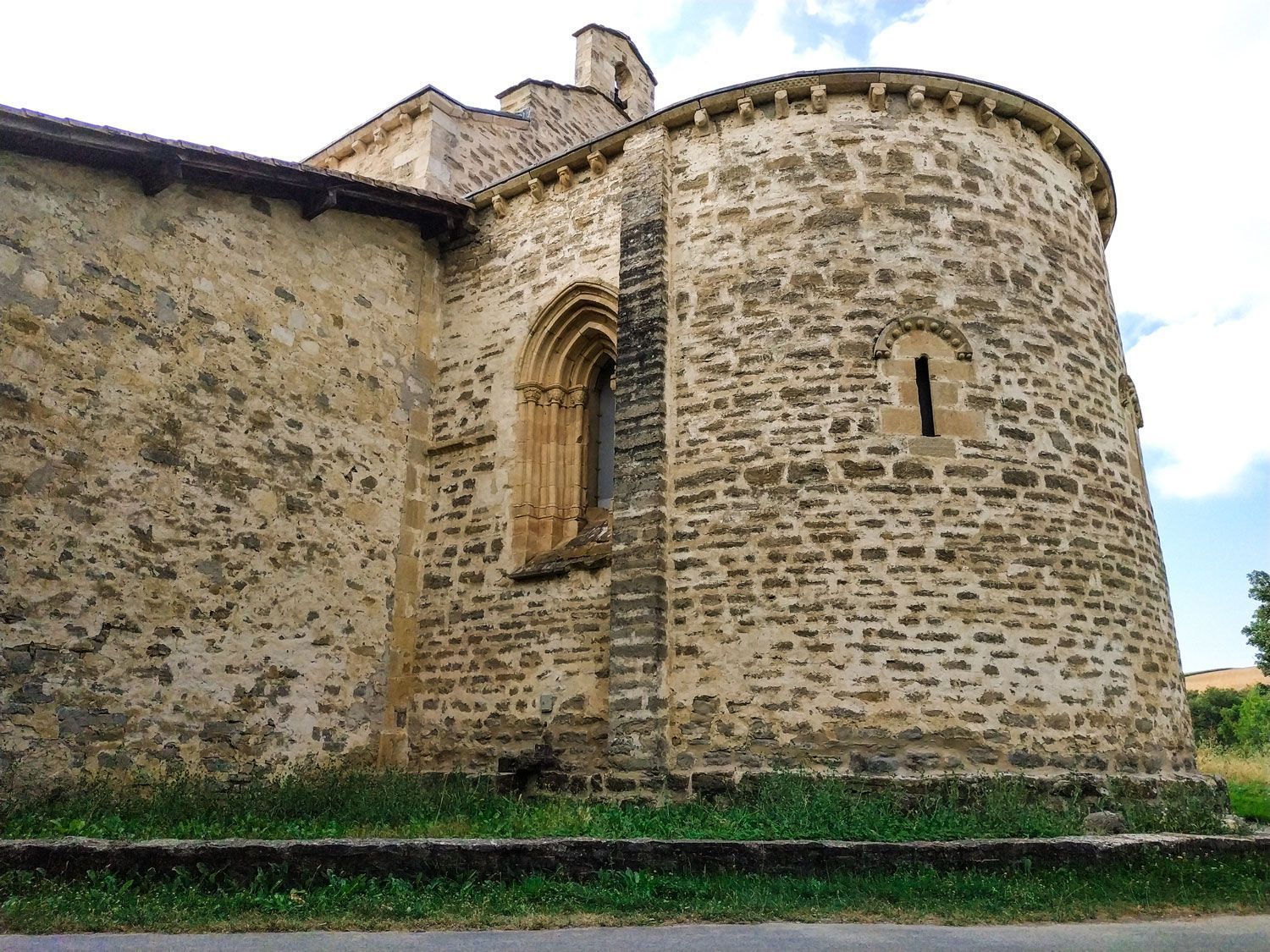 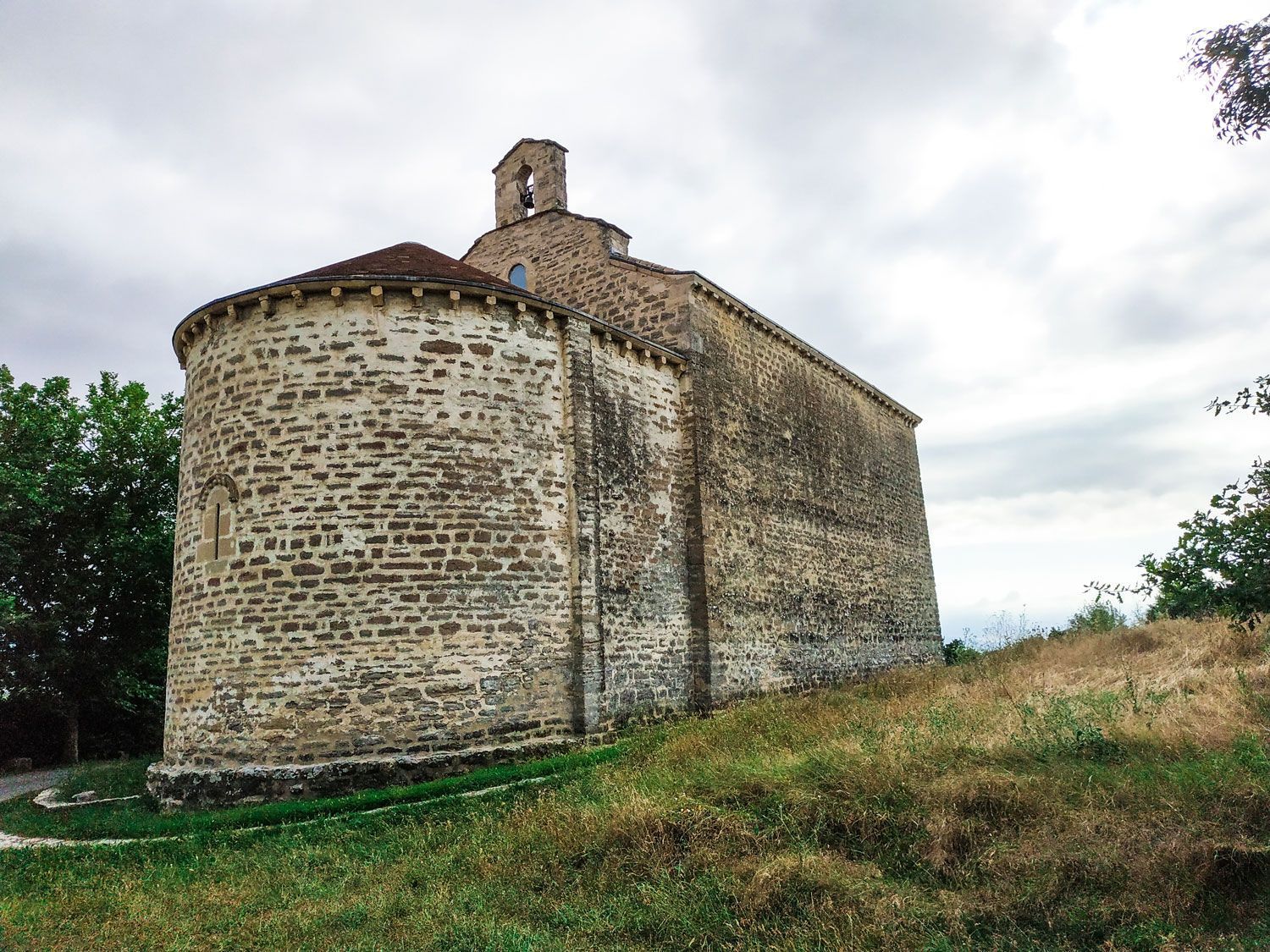 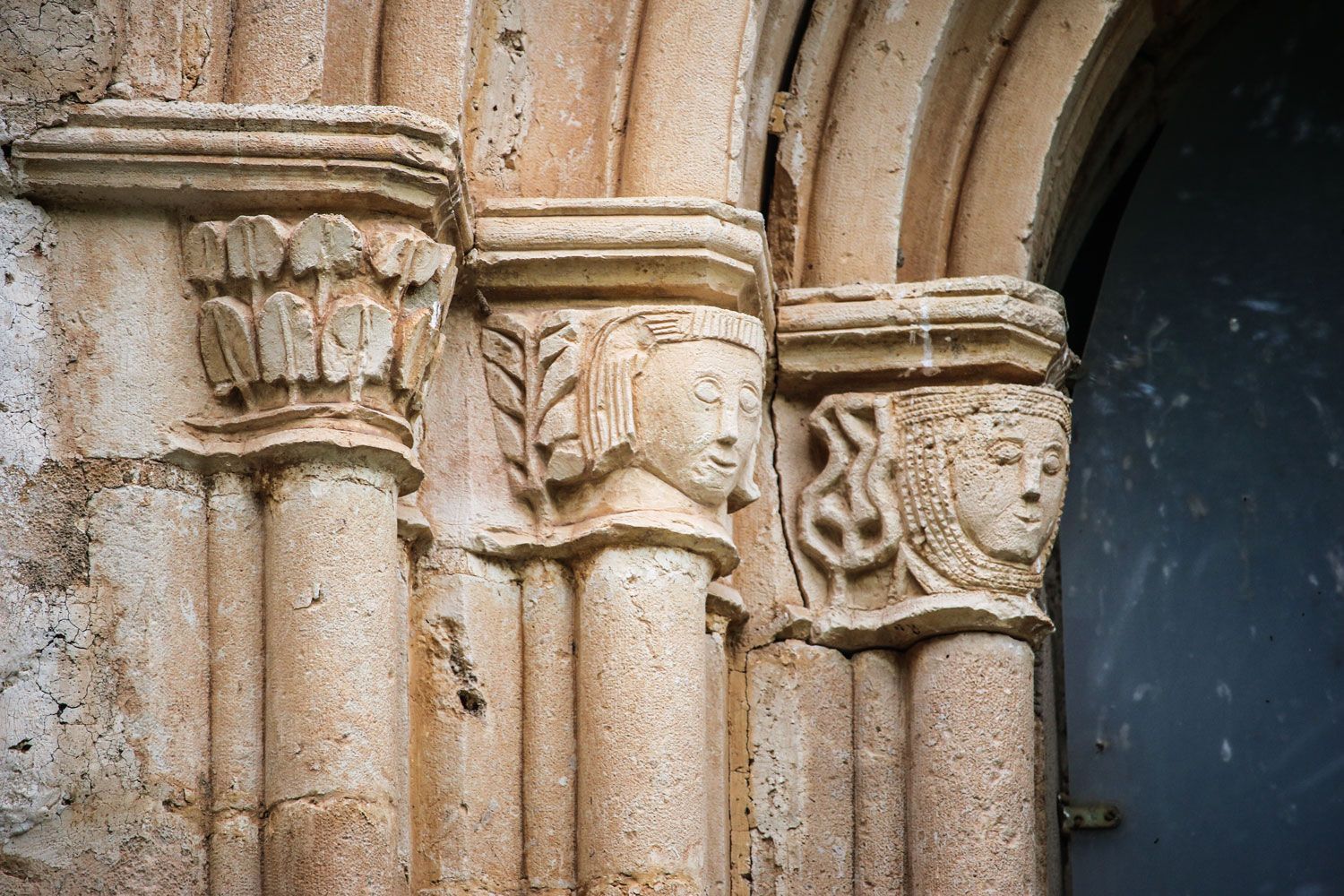 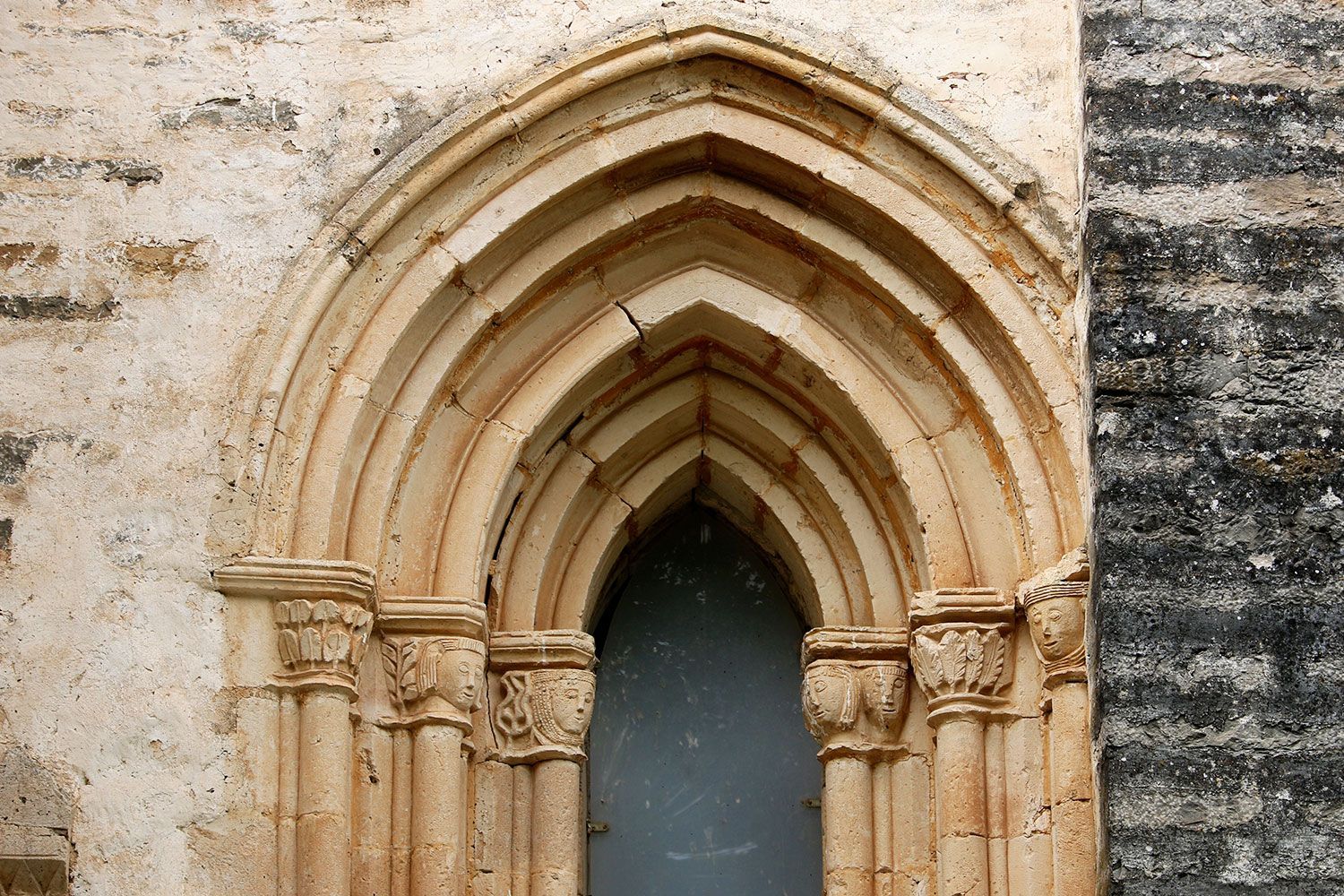 Corbels The collection of corbels that decorates the eaves has been well-preserved and showcases some truly interesting models. One of the most remarkable motifs is a cross pattée, which is the most frequent cross typology of the Middle Ages, and also appears among the consecration crosses inside. On the other hand, we can find themes that remind us of the ones that can be found on the Romanesque area of Gorbeialdea, like a beast holding something unknown between its jaws, and several characters with wide faces. 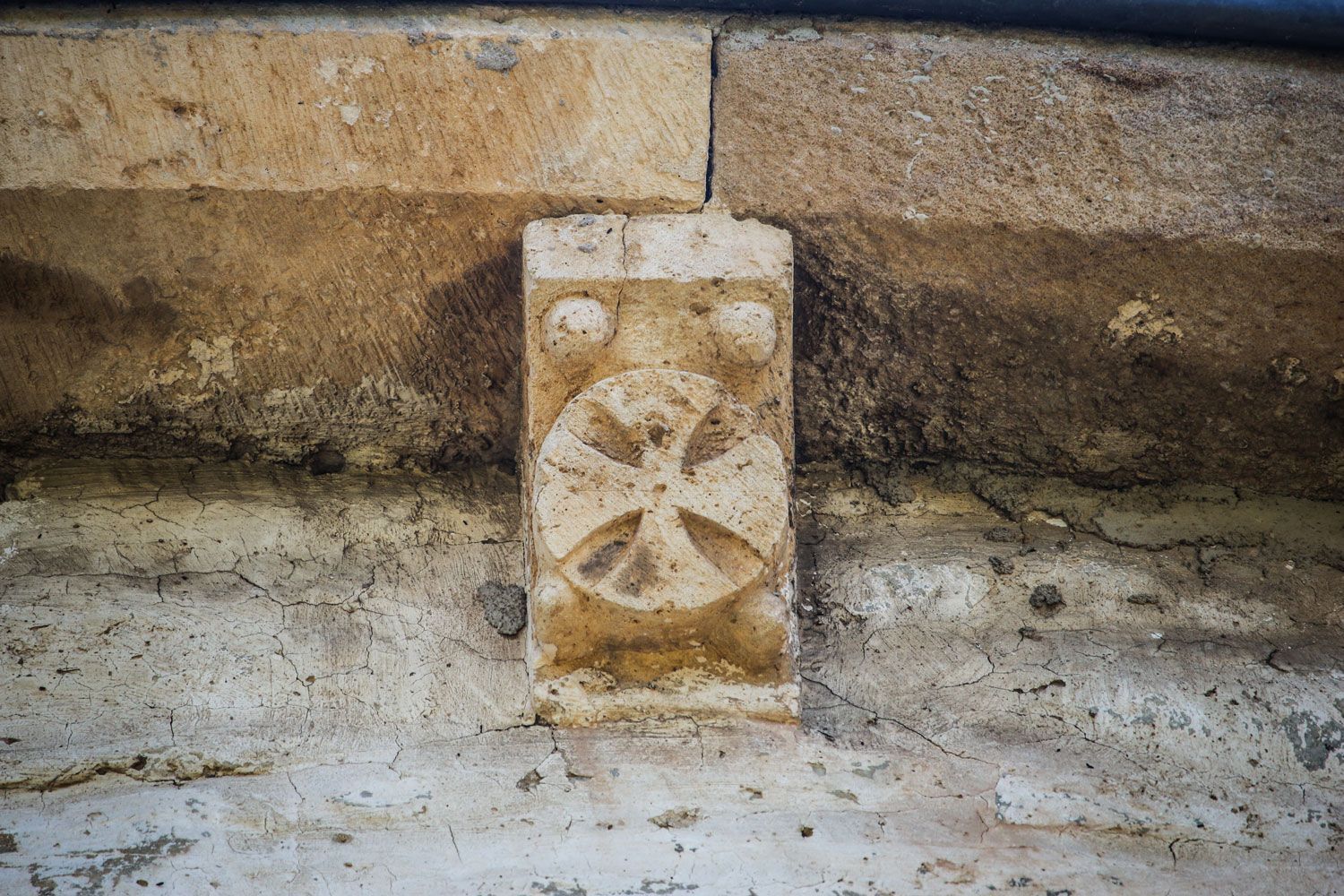 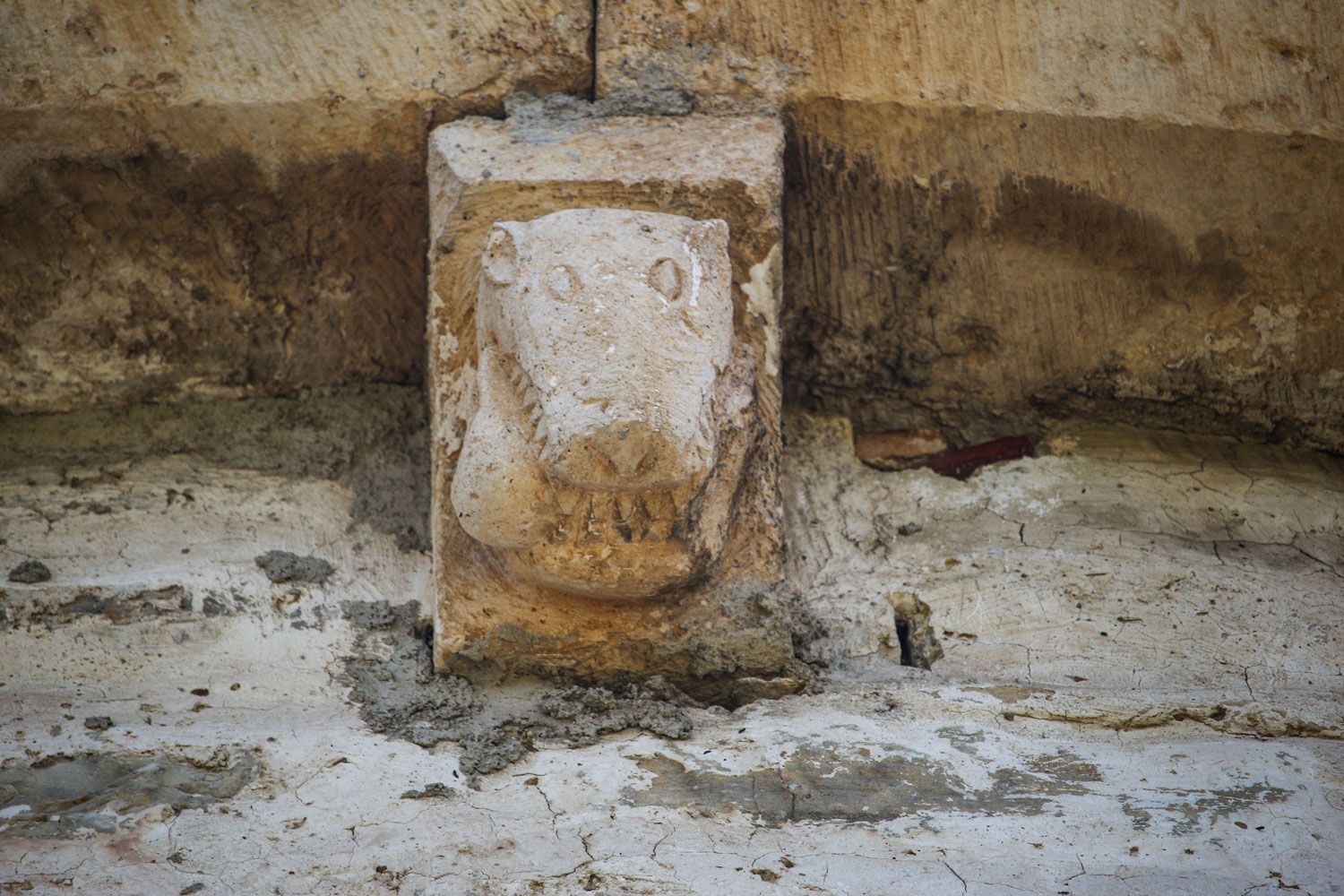 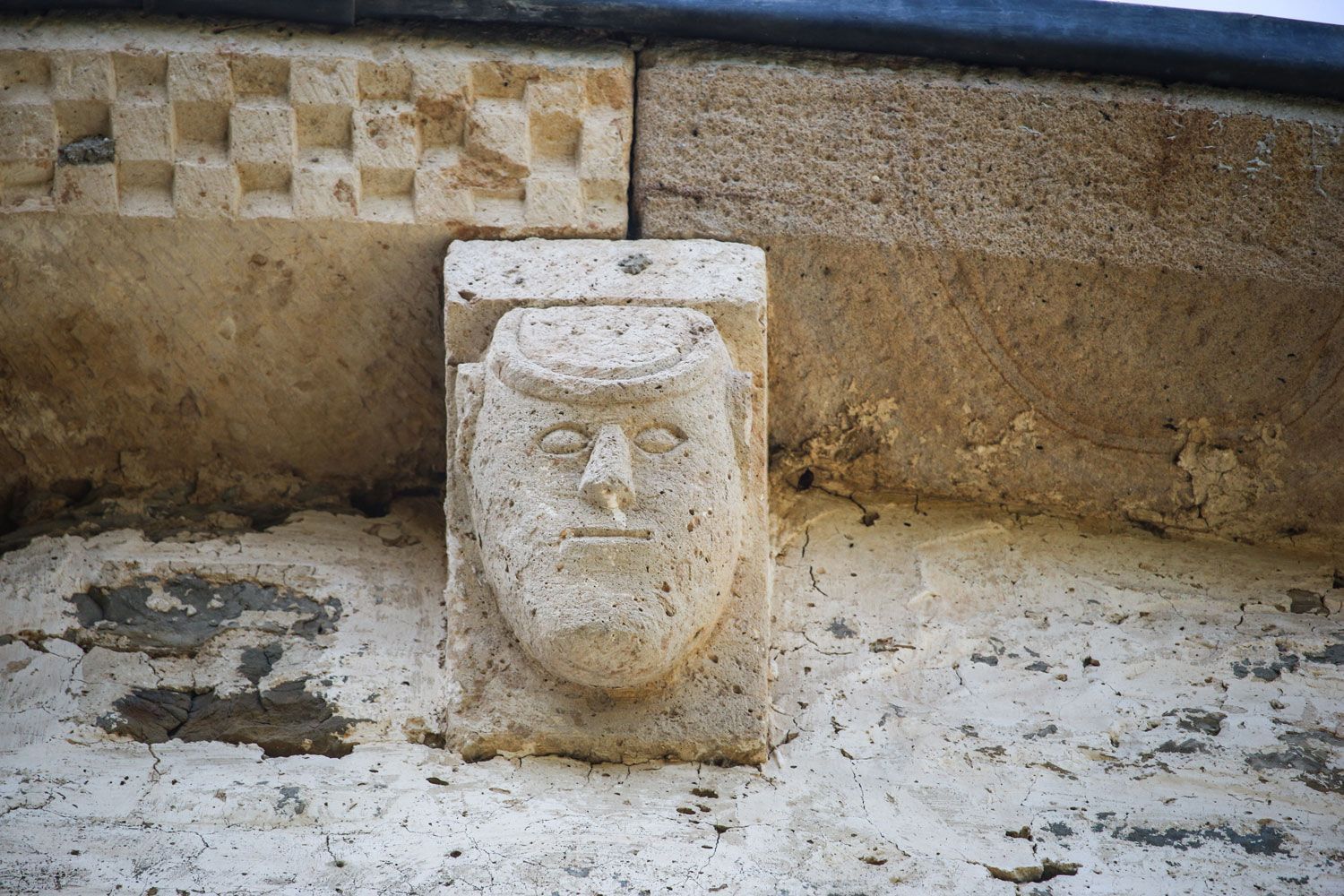 Other motifs are typical of the Romanesque art of Álava, such as the eagle, and there are also a couple of corbels that allow us to feel the influence of the Camino de Santiago with the images of the shell and the acanthus. Already close to the portico and partially concealed by the wooden beams that support its roof, there are two other corbels that show two exhibitionists, a woman and a man, scenes that also appear very frequently in the Romanesque churches of Álava. 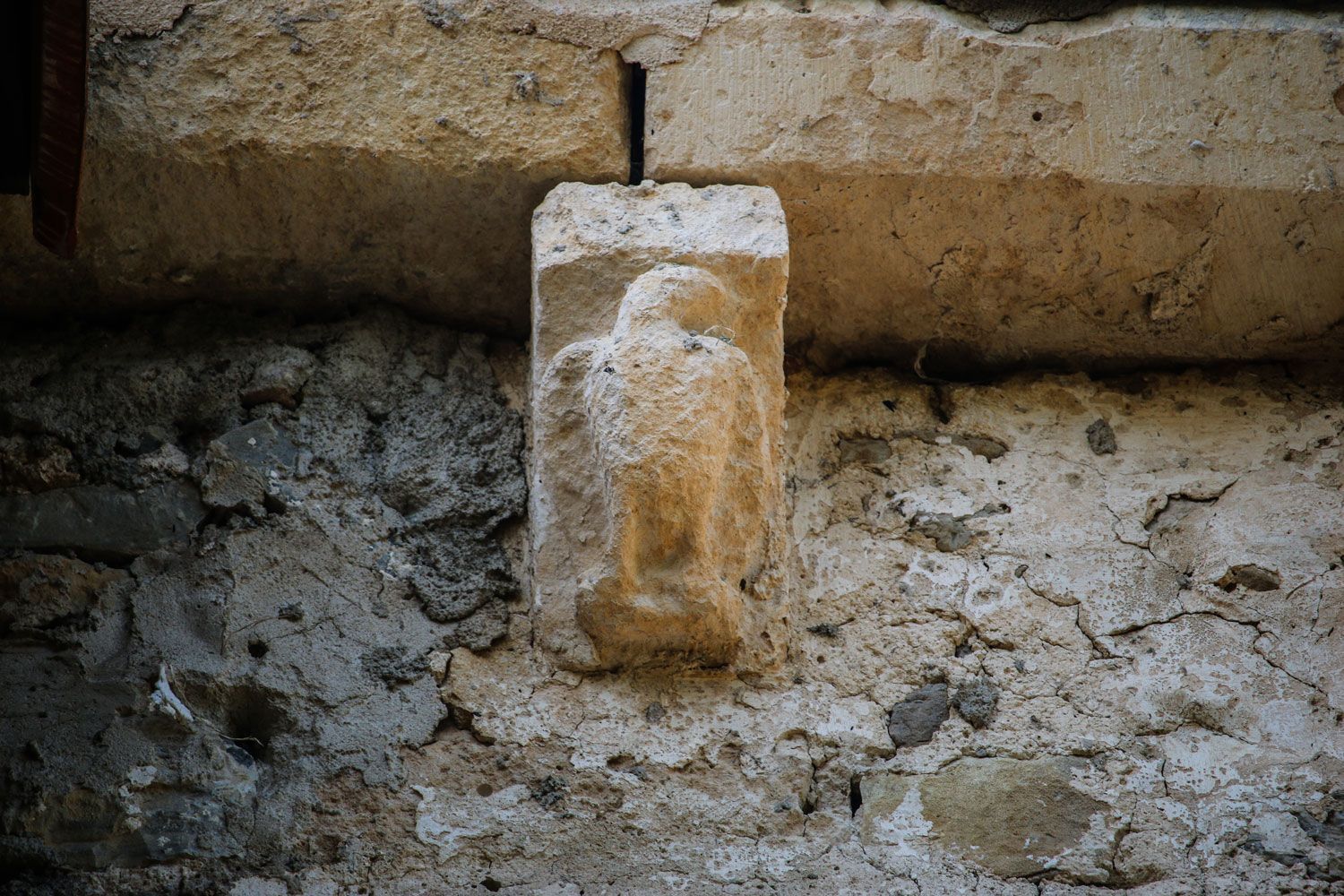 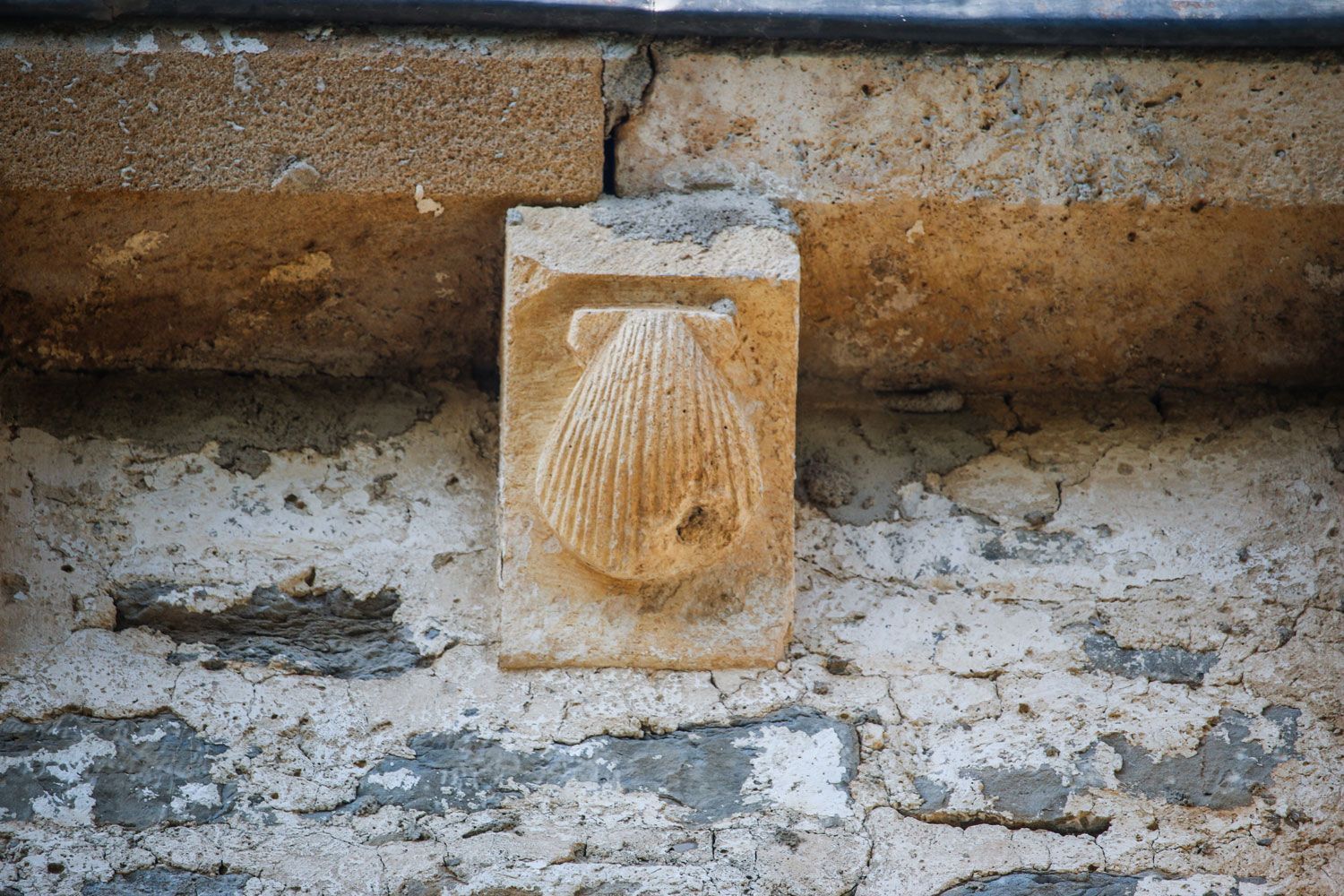 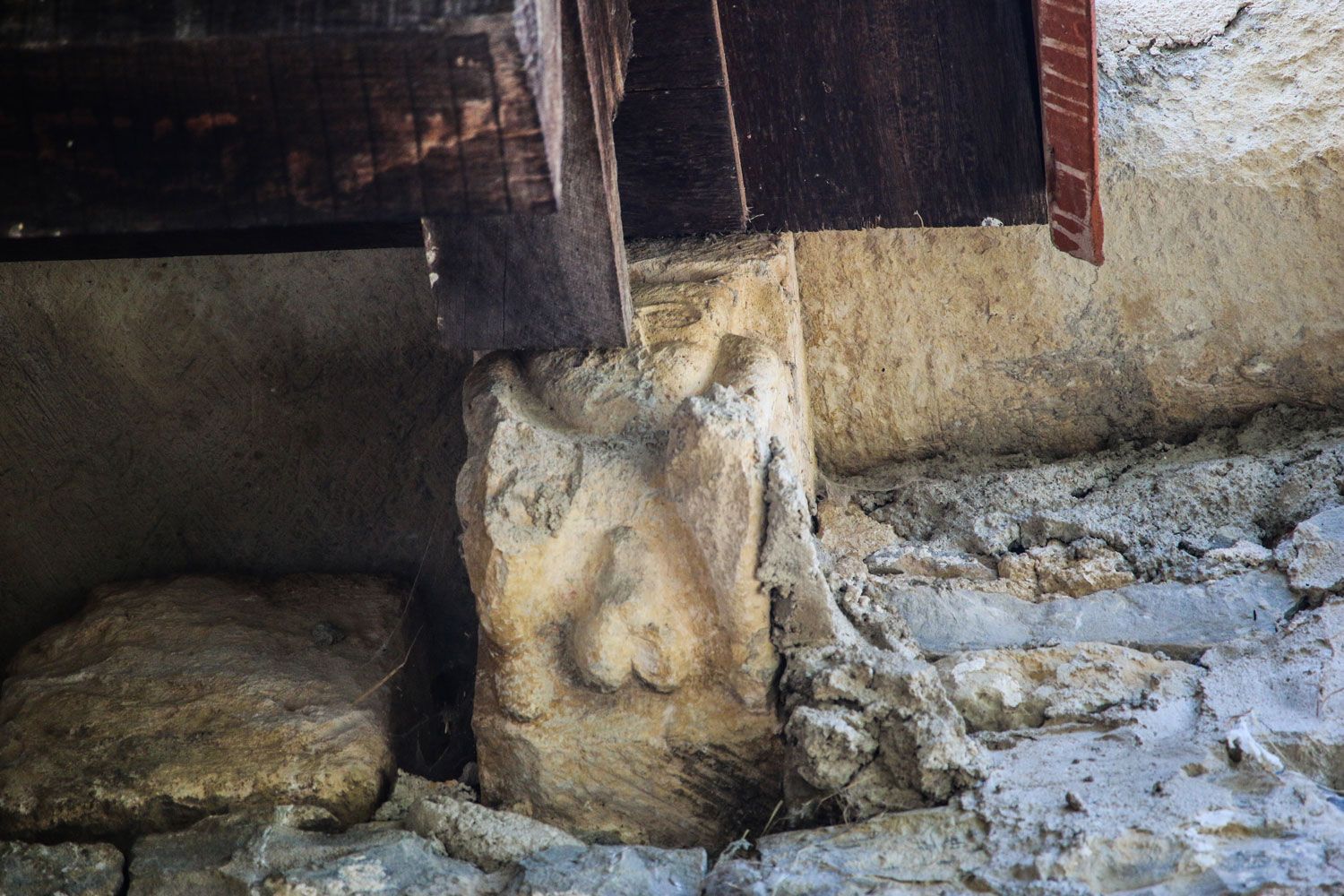 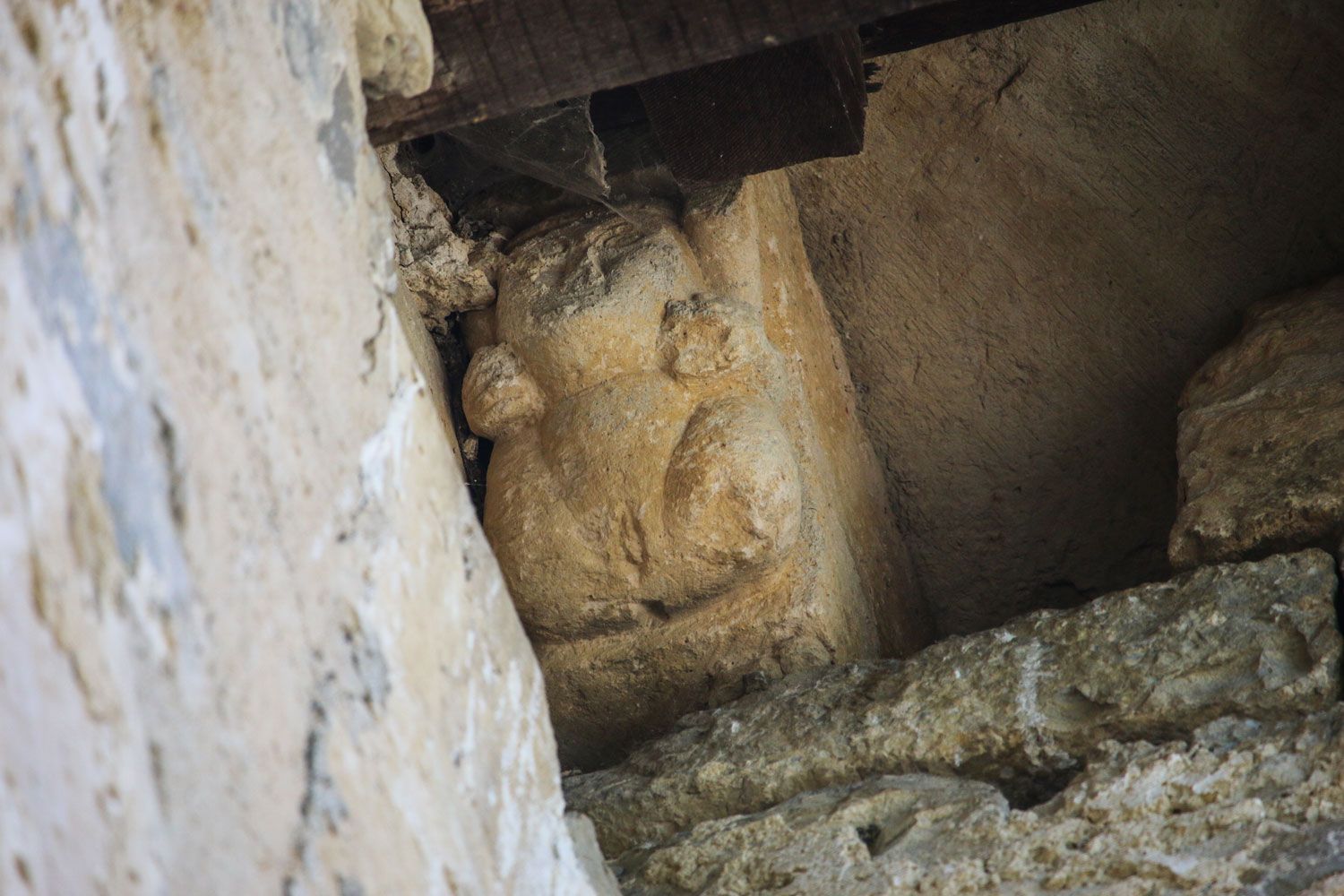 The portico The magnificent portico that precedes the facade is one of the rare examples of medieval porticos that we can find in Álava, although in the nearby village of Erentxun we can observe a very similar model. In the case of Ayala, it is composed of three arches in which it seems that the point that will lead to the Gothic arch is gradually being practised, since one of them is a round arch while the others become more and more pointed. 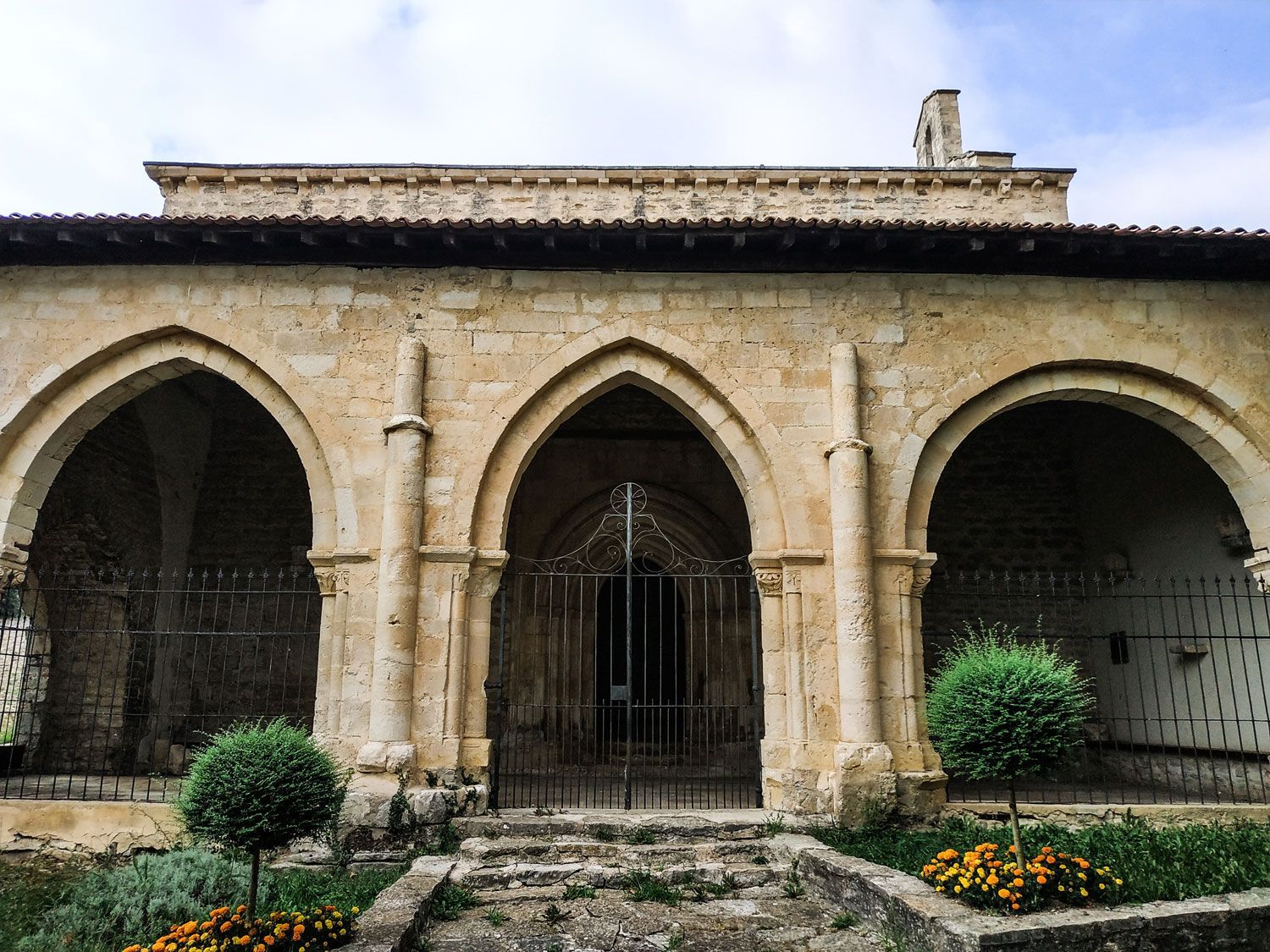 On the other hand, the facade is a simple Romanesque model, whose only decoration is the Jaca-style checkered design, known as taqueado. 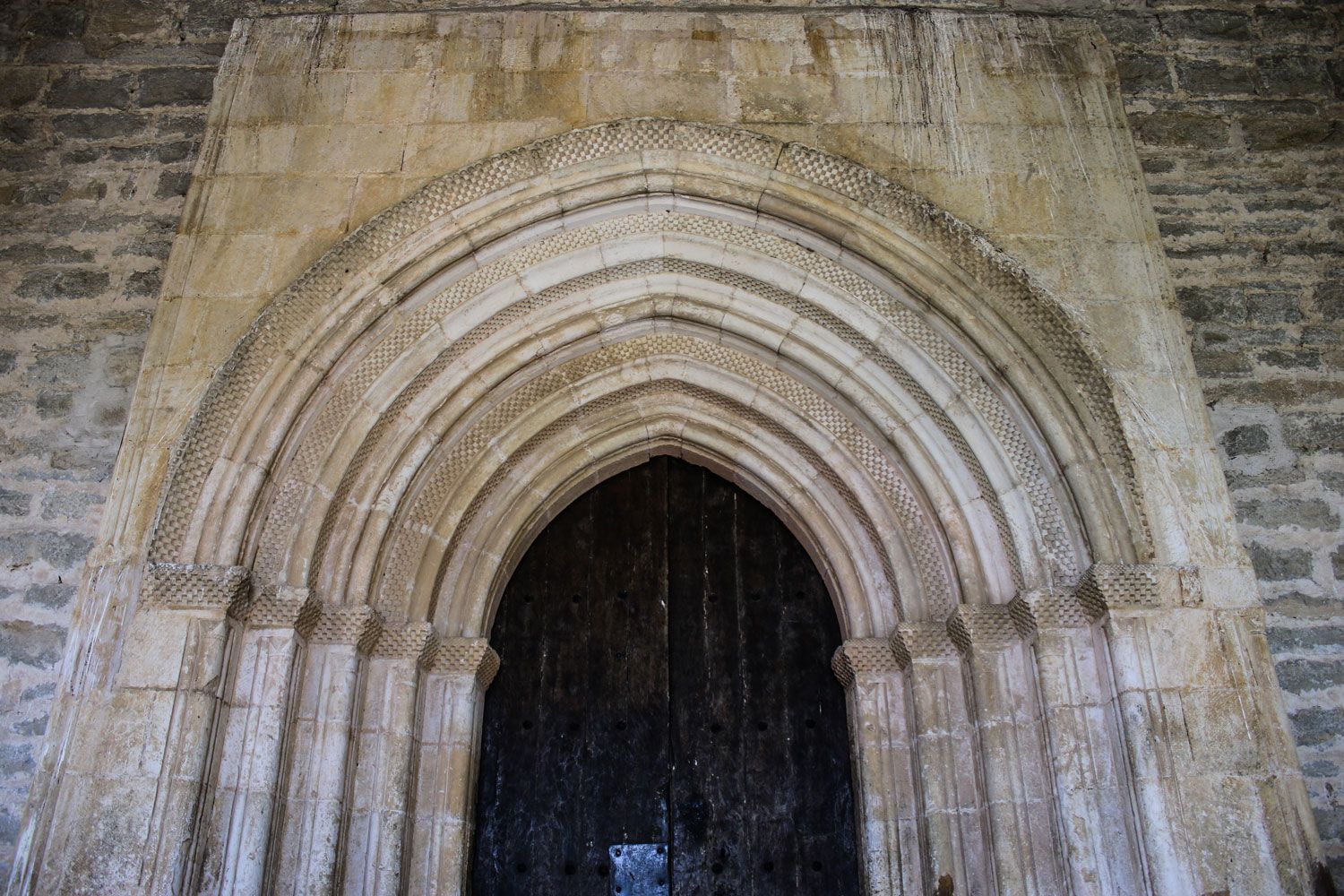 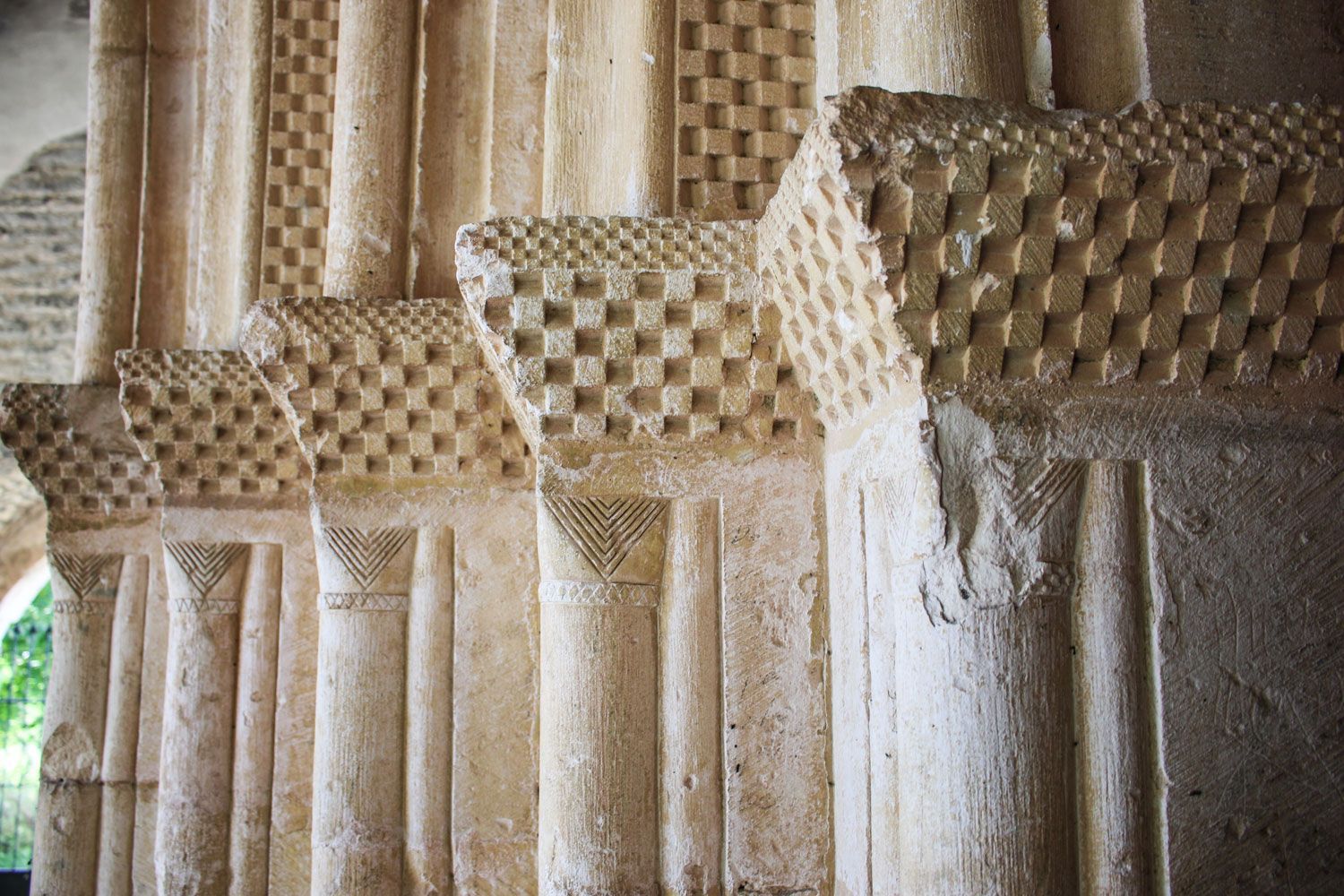 Inside When entering the interior, what most amazes visitors is the spaciousness and the height of the pointed barrel vaults. Around the walls of the nave, we can see a range of corbels that stand out in three rows. Today, their former exact purpose is unknown, although it is thought that they could have been holding wooden structures that could serve as a platform in order to accommodate a larger number of people. 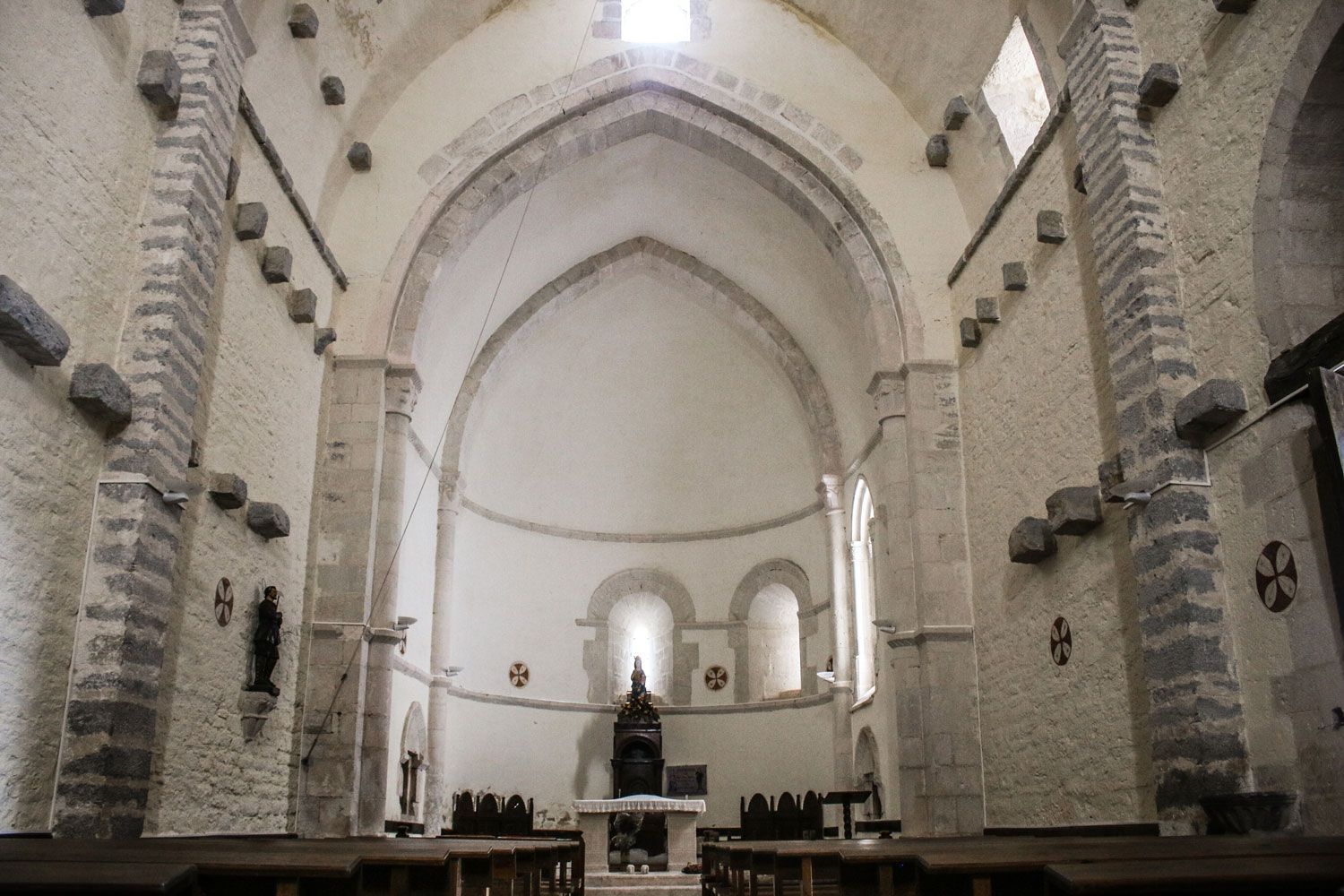 If we approach the presbytery, we will see some holes on both sides of the wall decorated with a saw-tooth pattern. These are credence tables, ancient liturgical spaces where the necessary elements to perform the various rites were located. 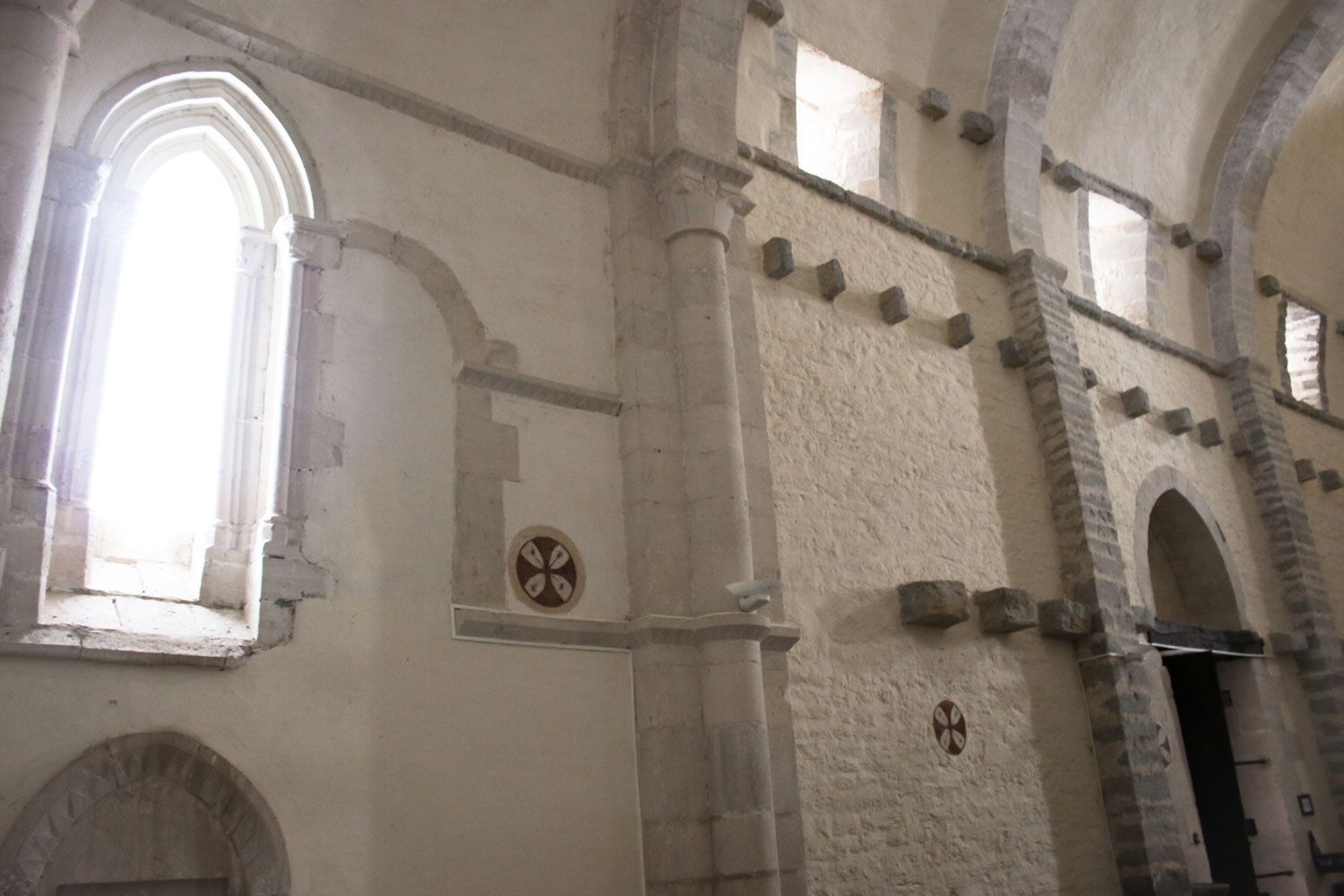 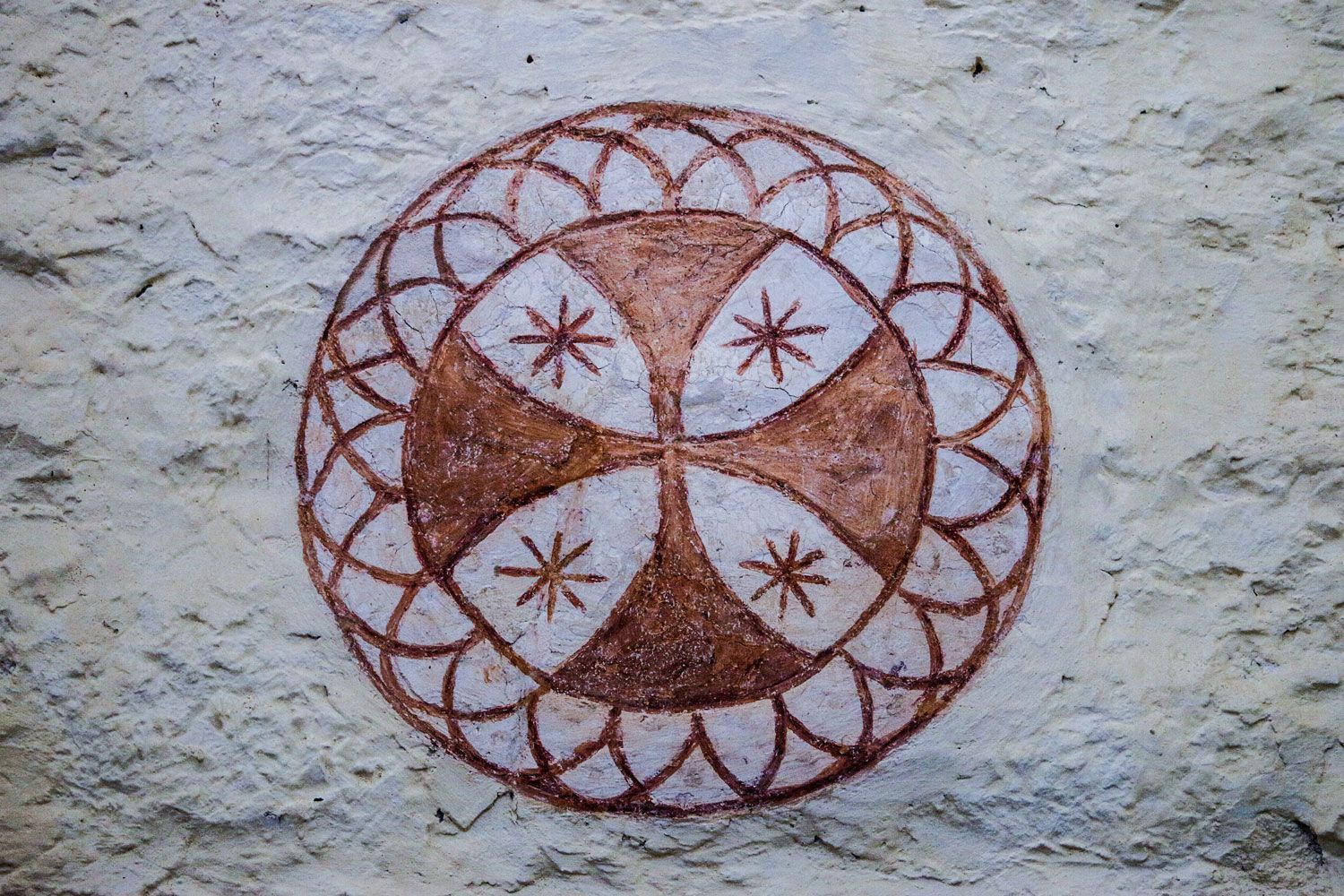