The church of Saint Romanus – Ezkerekotxa

Ezkerekotxa is a village located in the heart of the Alavese Plains and crossed by the Camino de Santiago. In the church of Saint Romanus we find a good summary of all the different historical periods that the population has gone through. The first news we have of the existence of Ezkerekotxa dates from 1040, although the first historical remains that we find on its church should be placed around the 12th century. Towards the end of the 13th century, it reached a great splendour that was reflected on the growth of the church by the apse side. During the Renaissance the magnificent stone altarpiece that is so characteristic of this temple was included. In the last centuries, the sacristy, the portico or the parish house were added, which form the complex set of spaces of the parish church.

Before the sacristies existed, which started to be strongly introduced from the late 15th century and the early 16th century, all the necessary elements to celebrate the liturgical rites were stored in cabinets. These cabinets, named credences, used to be found in the presbytery, close to the officiant. These credences were often a simple hole in the wall of rather small dimensions, but many of these ornamented medieval niches are preserved. In those cases, two arches were usually made, connected by a central column that separated two holes in which the bread, the wine, the oils or the liturgical books could be left. These arches could receive sculptural or pictorial decoration, or both, as in the case of Ezkerekotxa. The credence that we see in the church of Saint Romanus has the two characteristic arches and, above them, there is a pointed discharging arch with leaves that frames a female face with a veil, in which we can still perceive remains of the original polychromy. 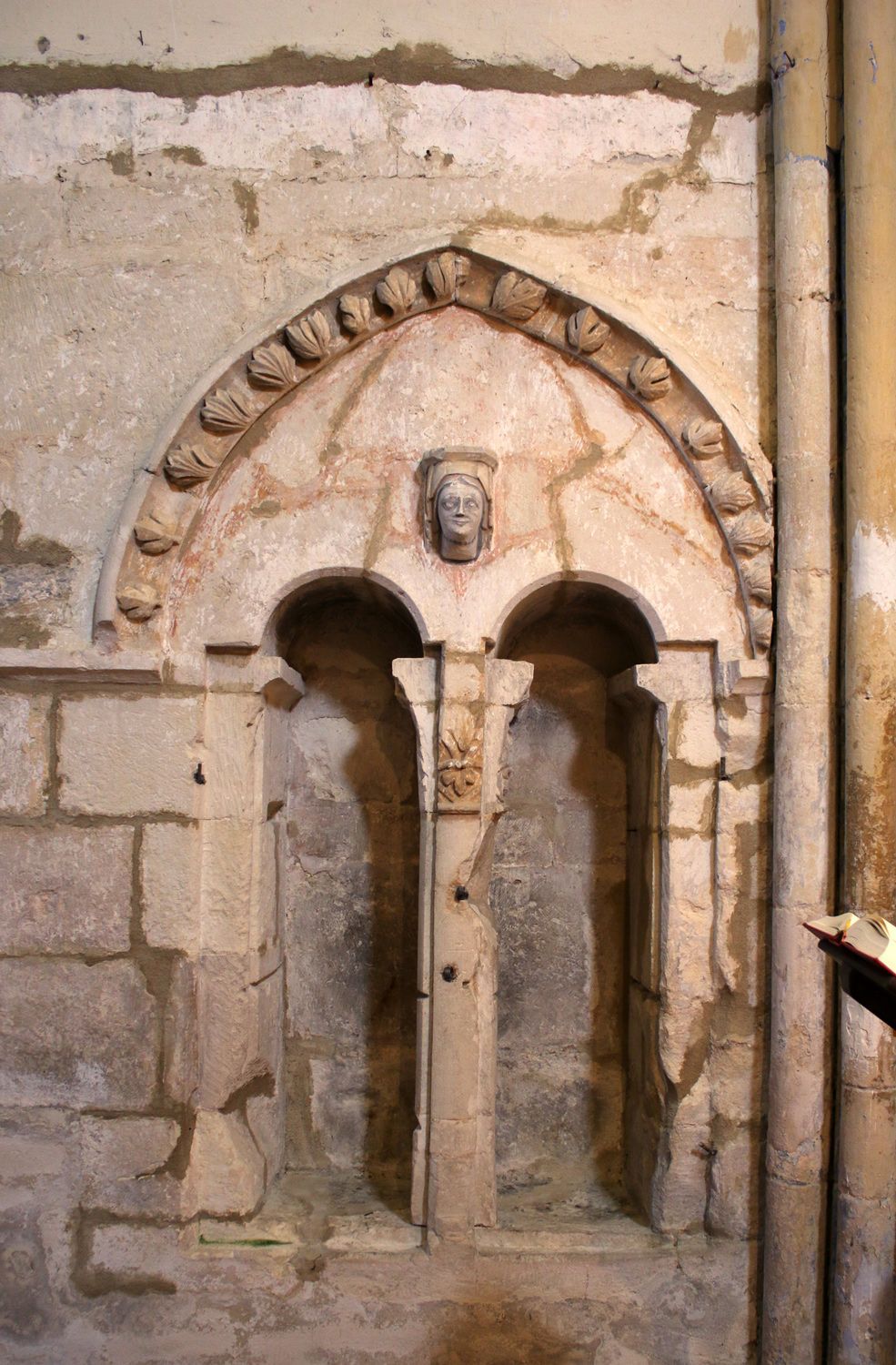 At first sight, the common repairs and modifications that usually affect the parish churches of the 20th century have not had a significant impact in the case of Saint Romanus. Externally, all its historic additions are still standing and photographs from the middle of the past century underline that the state of conservation of the building has not been ravaged. Nevertheless, in the photographs of the interior we can see the baroque polychromies that were in the area of the apse, which highlight an immense curtain called “dossal curtain” that used to frame the altarpieces during the 18th century. Today the church has so many layers of repaintings that it is hard to appreciate the quality of the interior sculpture, although this fact also allows us to perceive remains of mural paintings from other eras that have yet to be discovered. 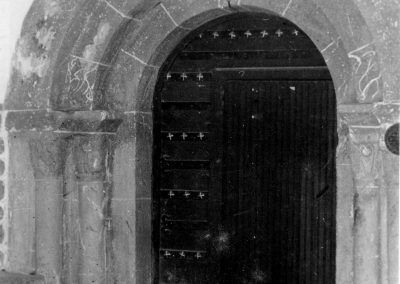 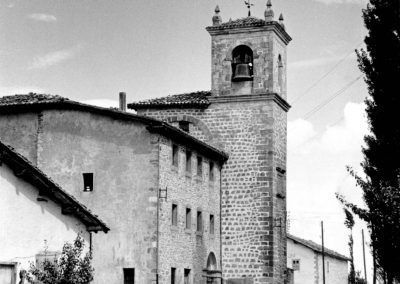 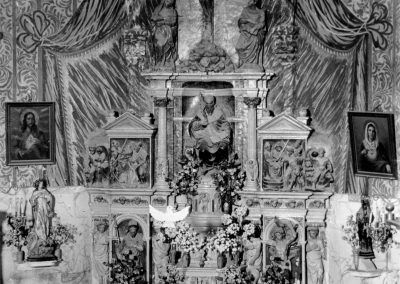 Located in the middle of Ezkerekotxa village and next to the Camino de Santiago in Álava, the church of Saint Romanus has been a silent witness of the passing of people and artistic fashions, which have left a deep mark among its walls. We can locate the first phase of this parish church in the origins of the Romanesque art in Álava due to its mysterious facade, unique among other models of the surroundings. Under the archivolt with a Jaca-style checkered design and a series of plain arches, we can perceive some capitals damaged by the passing of time that reveal some very interesting motifs, such as leaves with a band of pearls, an angel or the figure of a worshipper with raised arms that seems to be wearing a tunic with geometric motifs. 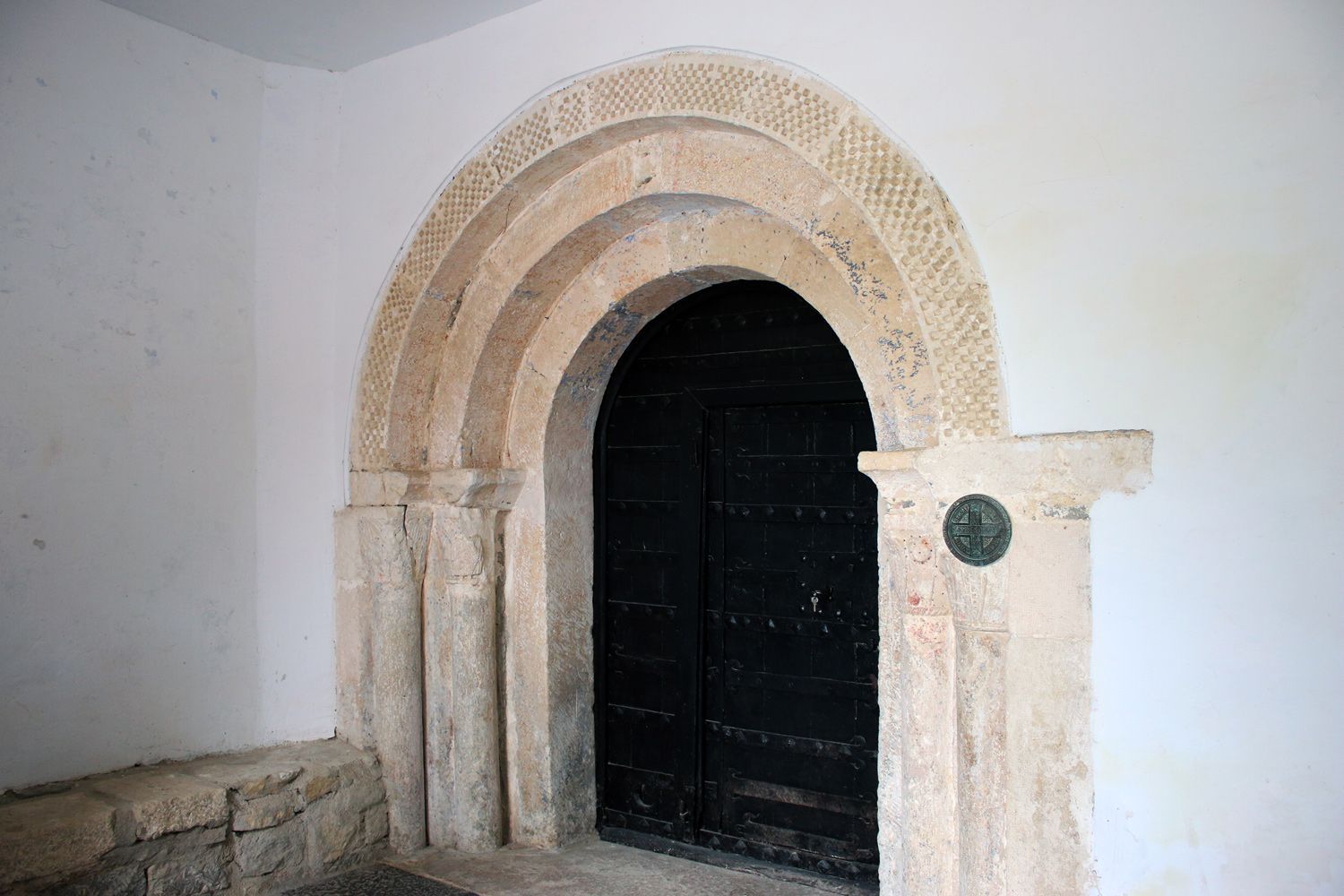 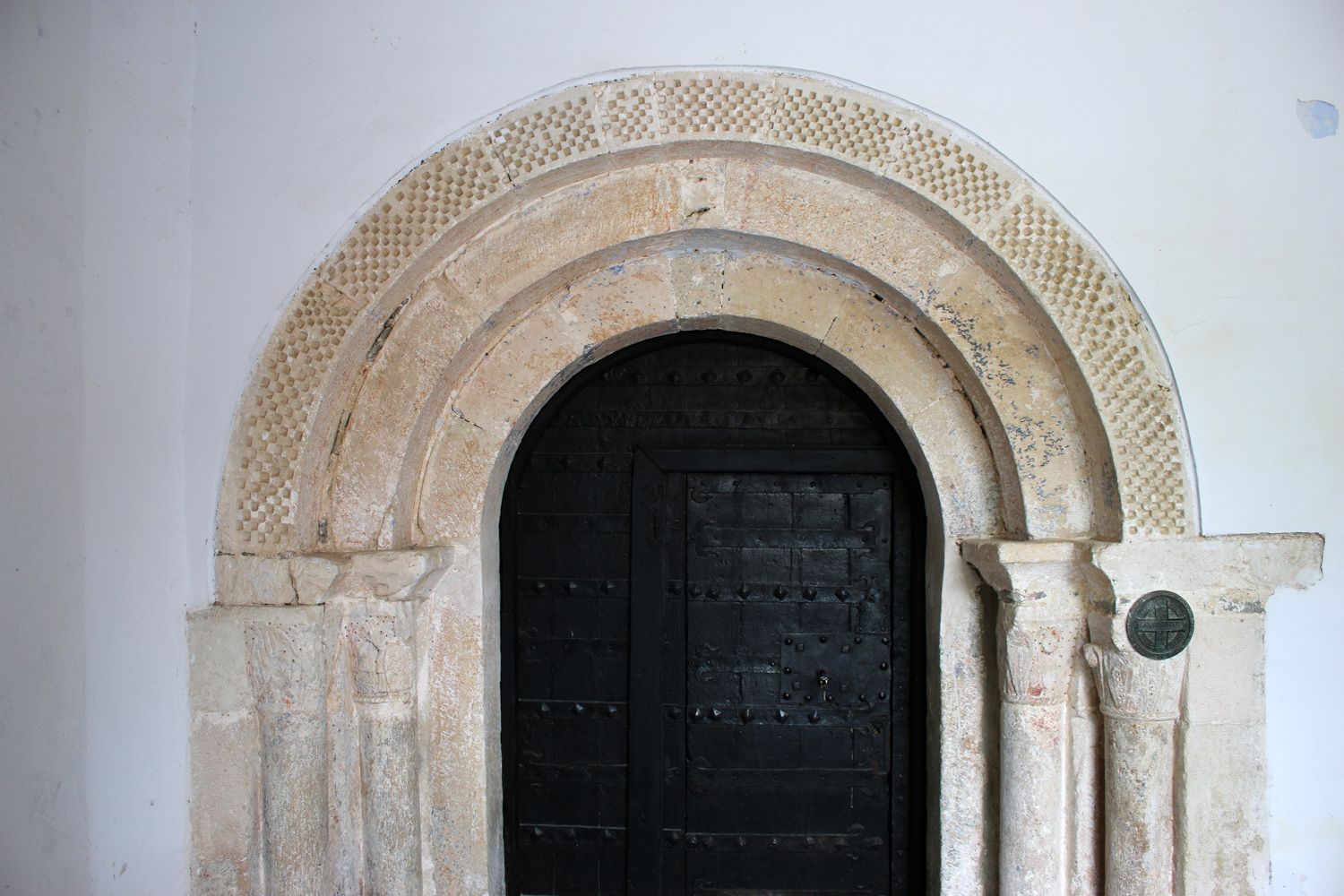 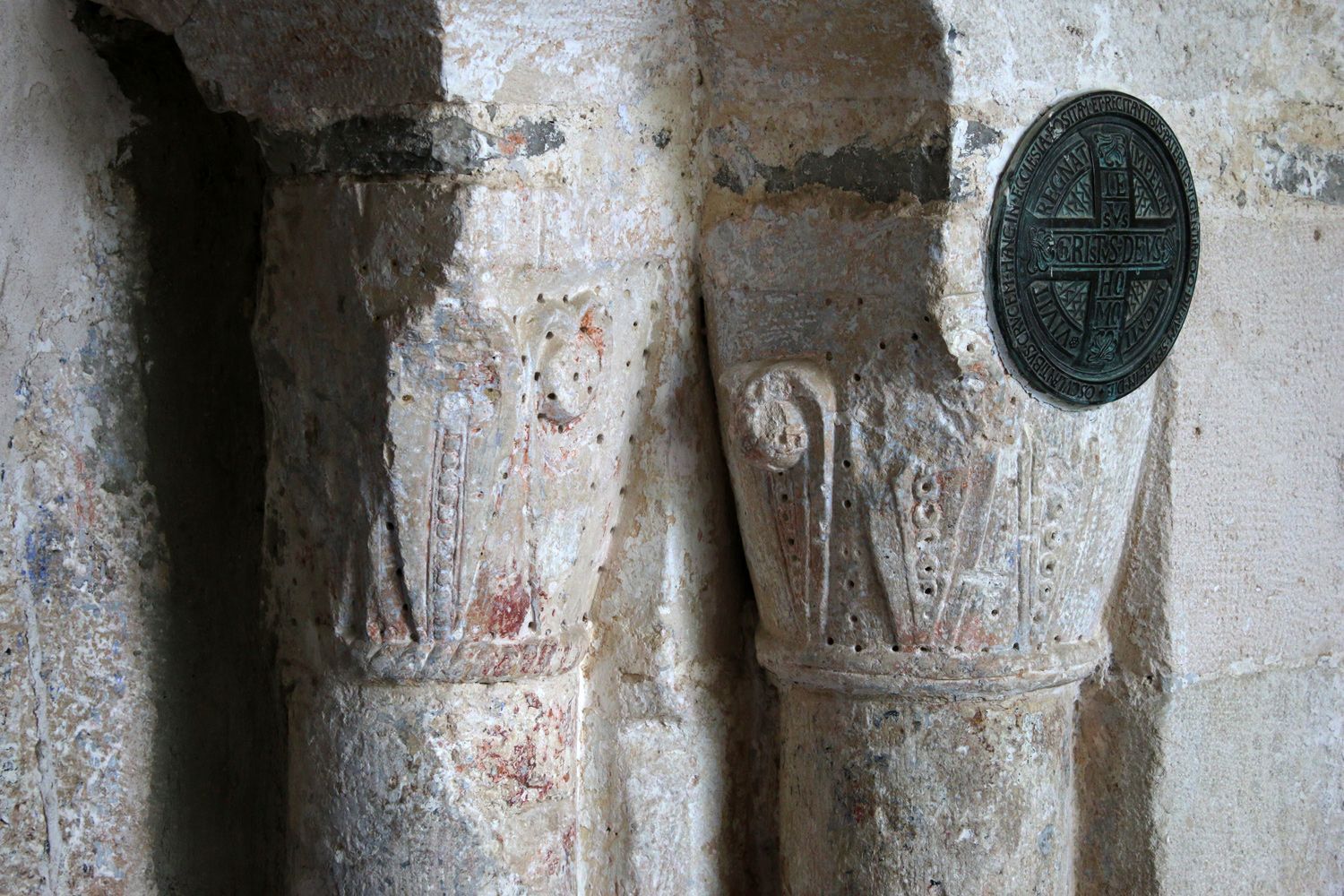 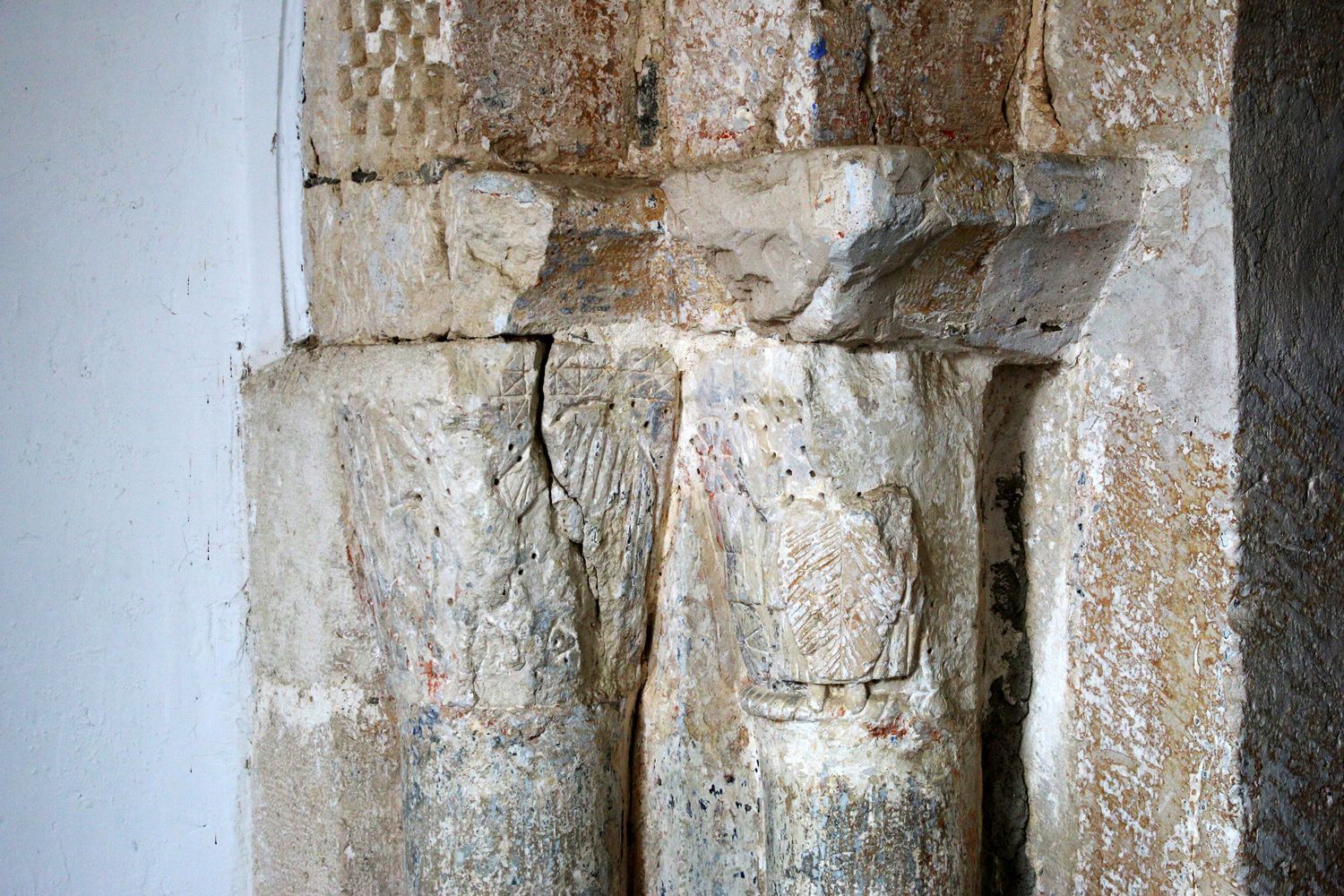 Before crossing the threshold of this door, we must head to the apse of the church, built at a later stage, where the large window of the 13th century will amaze us, a work of transition between the Romanesque and the Gothic, with its lush vegetation formed by plants, trees and diverse fruits crafted with great mastery. In the archivolts, among these natural elements, the figures of a woman with a veil and a man with a book in his hands stand out. We can find a very similar character in the capitals, in which we also contemplate a fantastic animal, an eagle preying on a rabbit, a flat face and another hideous one that is devouring one of the column shafts. 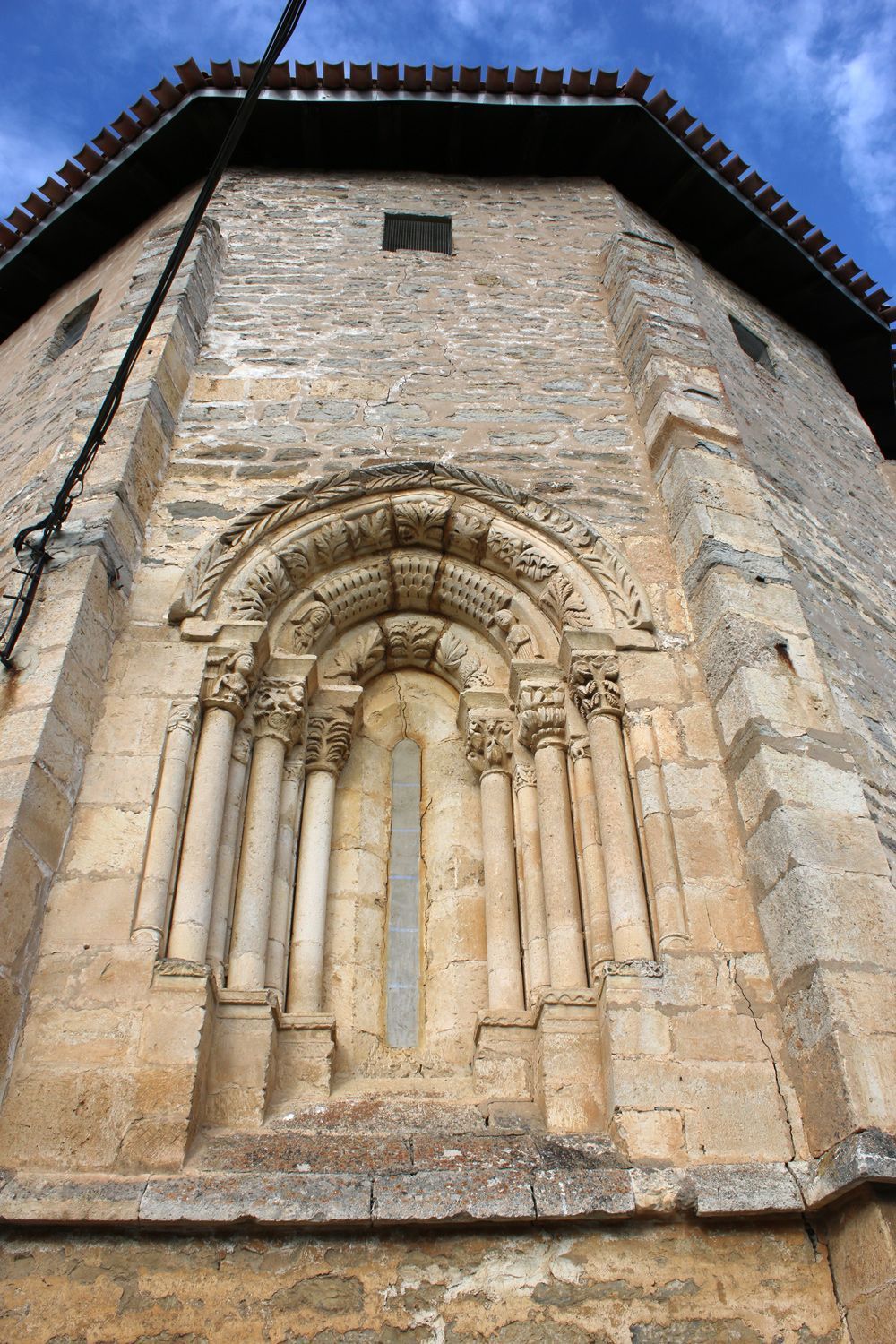 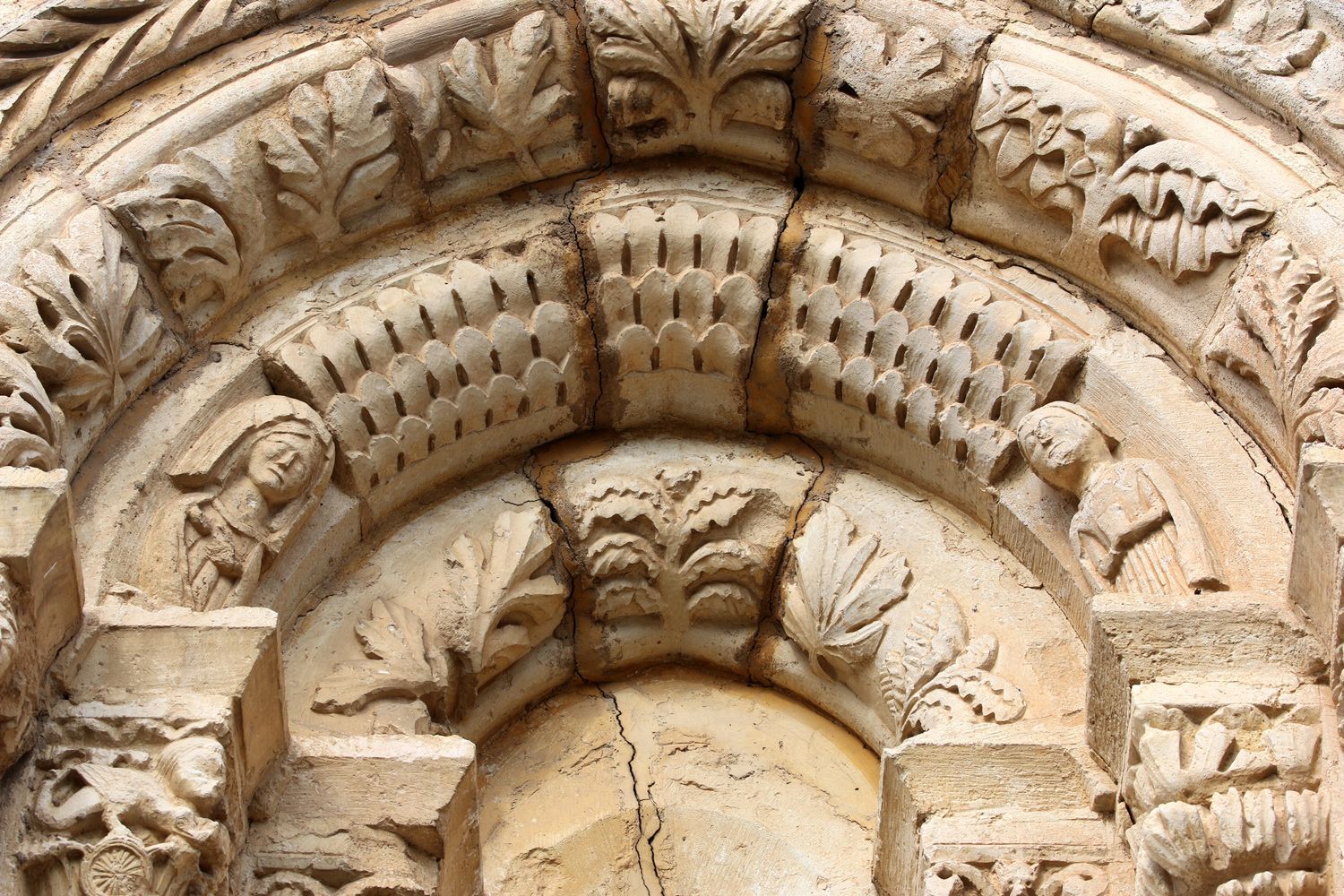 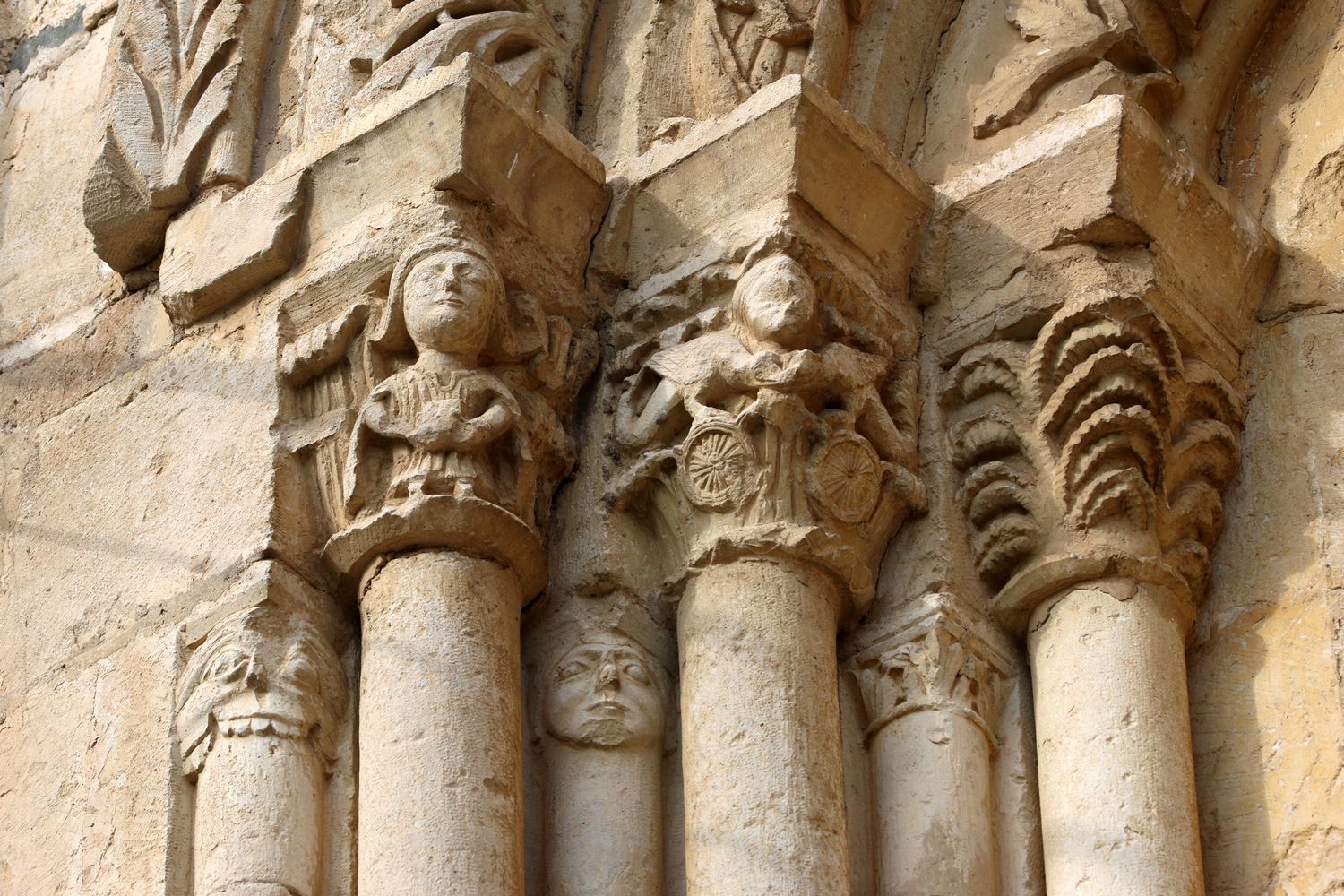 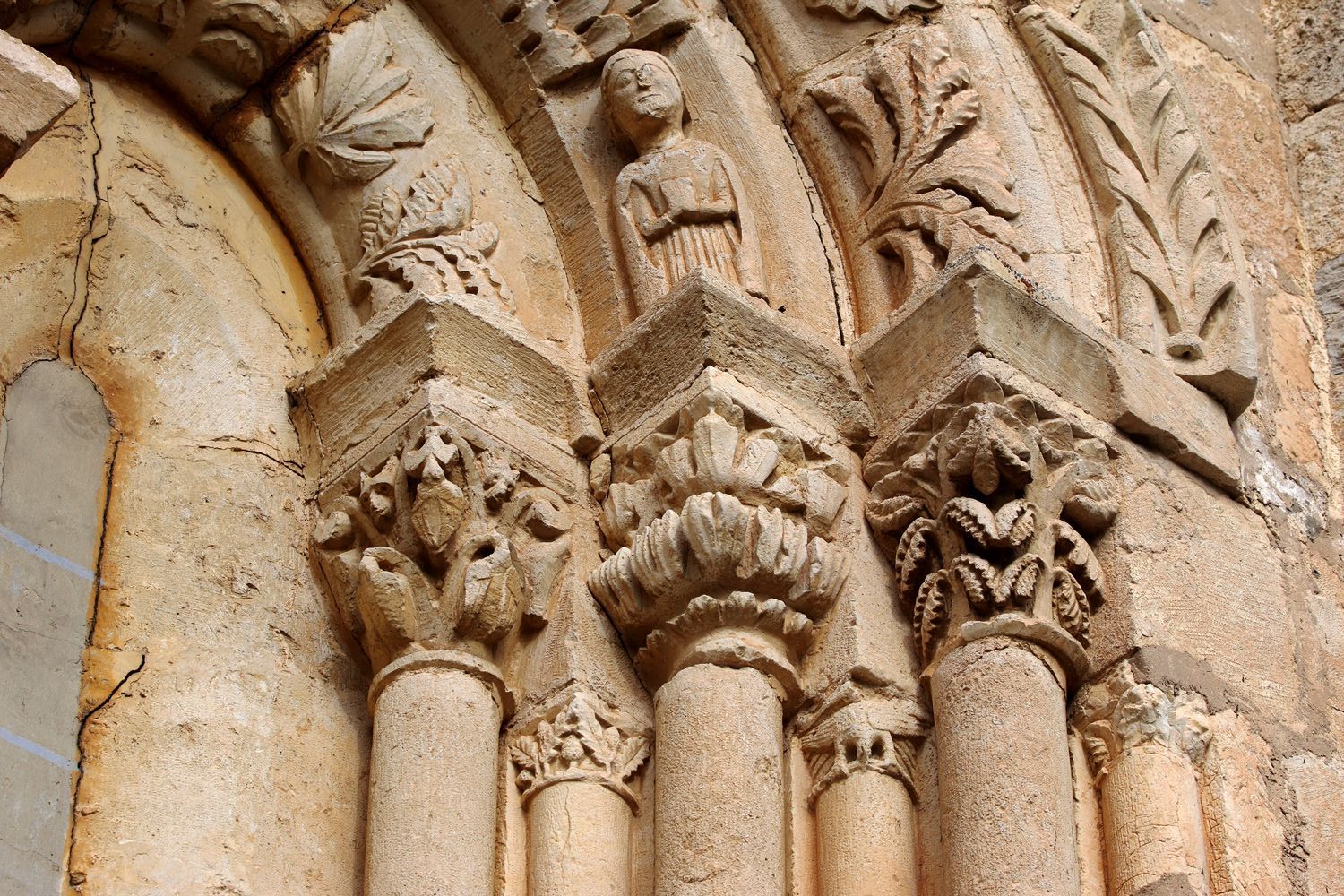 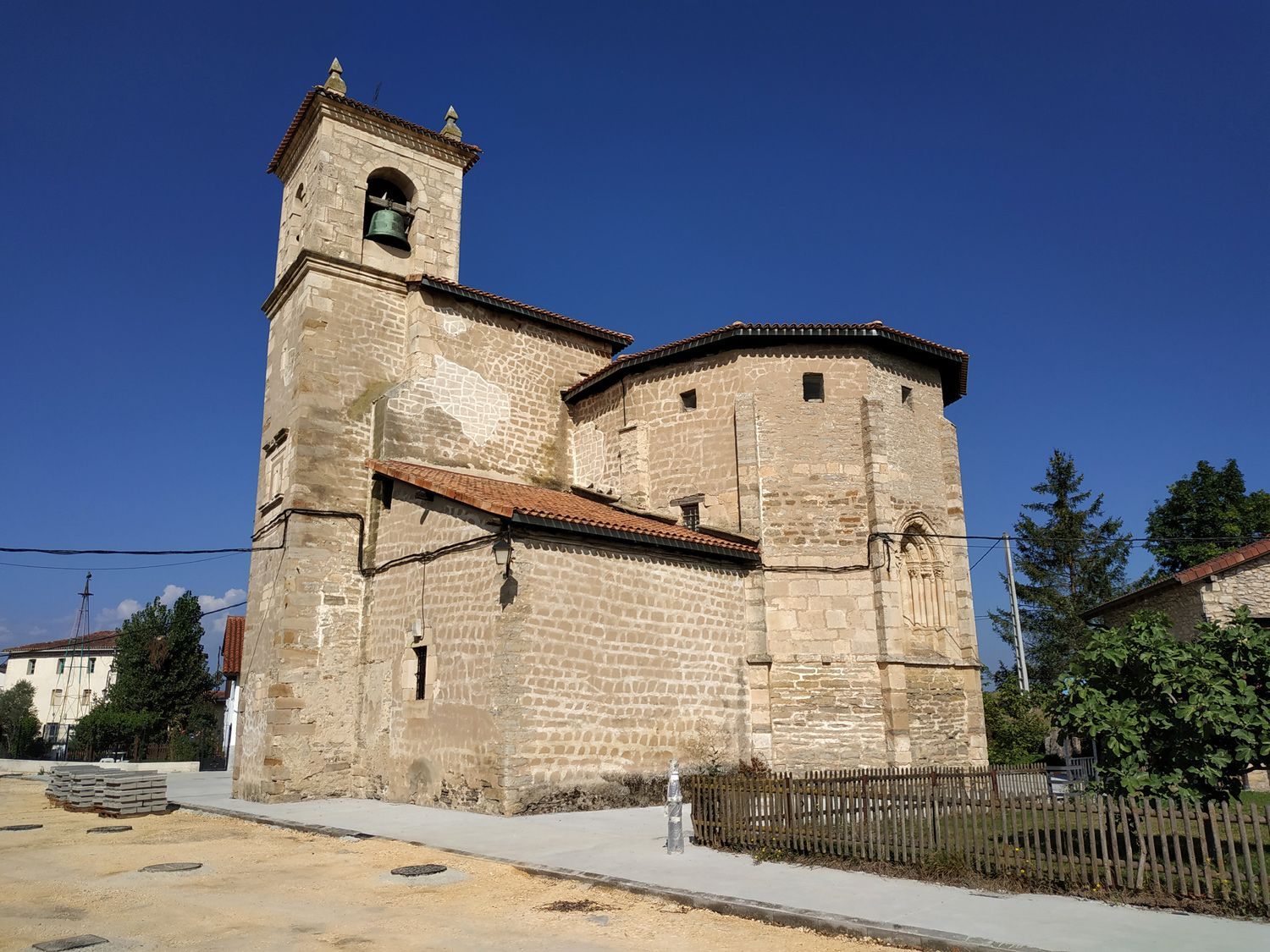 Even though at first sight it seems to be the only apse window, once inside the building we discover a large window on the south that was hidden by the addition of the sacristy. The successive repaintings to which the church has been subjected over time do not let us discern its sculptural decorations in great detail, in which the vegetal theme seems to prevail. The same happens with the pillars that hold the ribbed vaults, whose decorative elements are hardly perceived below these layers of historical polychromy, although it allows us to distinguish the fight between a centaur and two harpies. 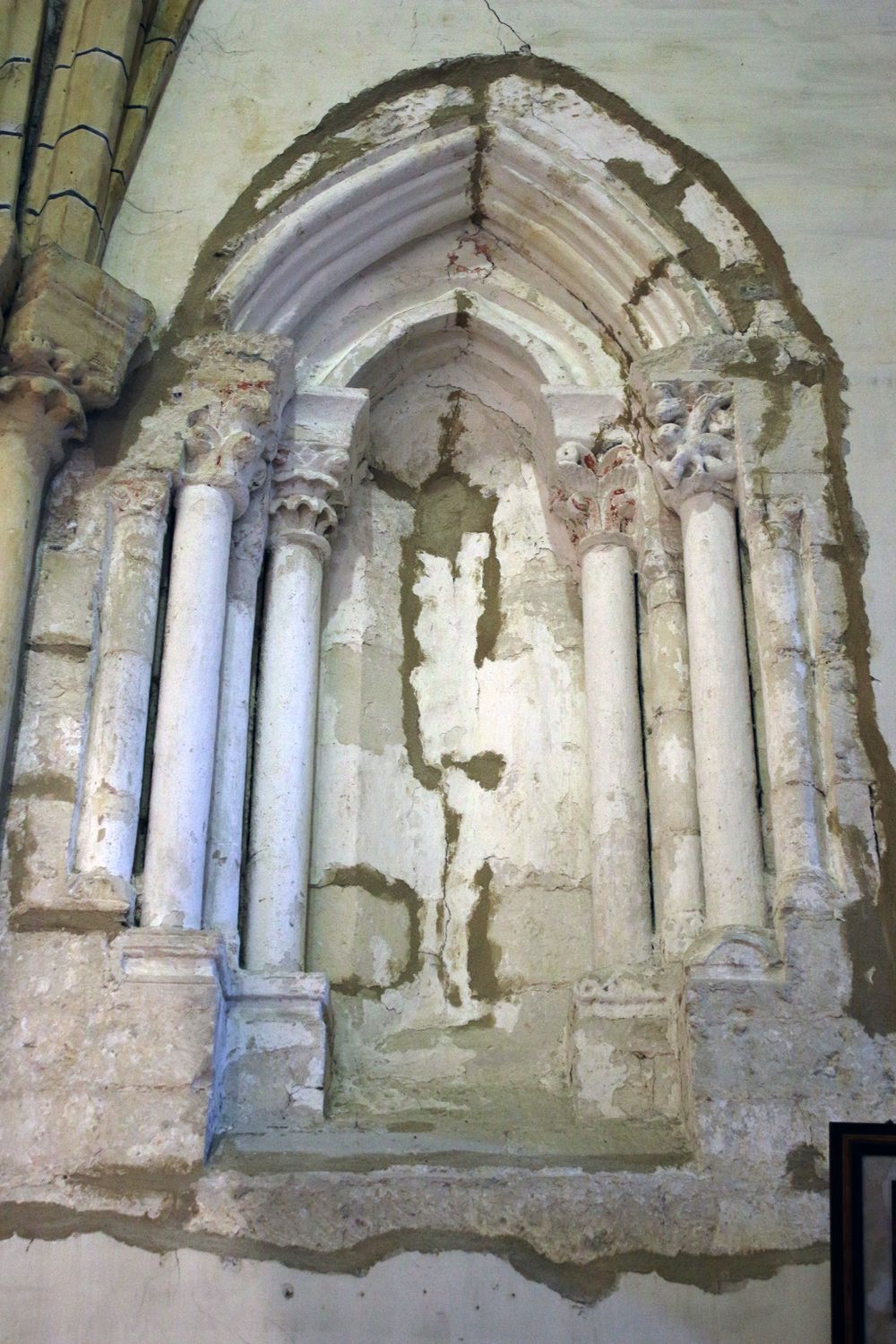 One of the main treasures that the church of Saint Romanus contains is undoubtedly its spectacular stone altarpiece, built according to the postulates of the most classicist Renaissance. The figure that dominates the altarpiece is Saint Romanus, who we see sitting on a throne in the centre of the structure. On both sides there are two scenes in relief of his hagiography in which his arrest is appreciated, carried out by soldiers with eccentric clothing, typical of the early Modern Age, and his torture, in which they cut his tongue with pliers. In the middle of the composition we also see the beheading of a child, who, according to the legend, stood up for Saint Romanus at the time of his torture. 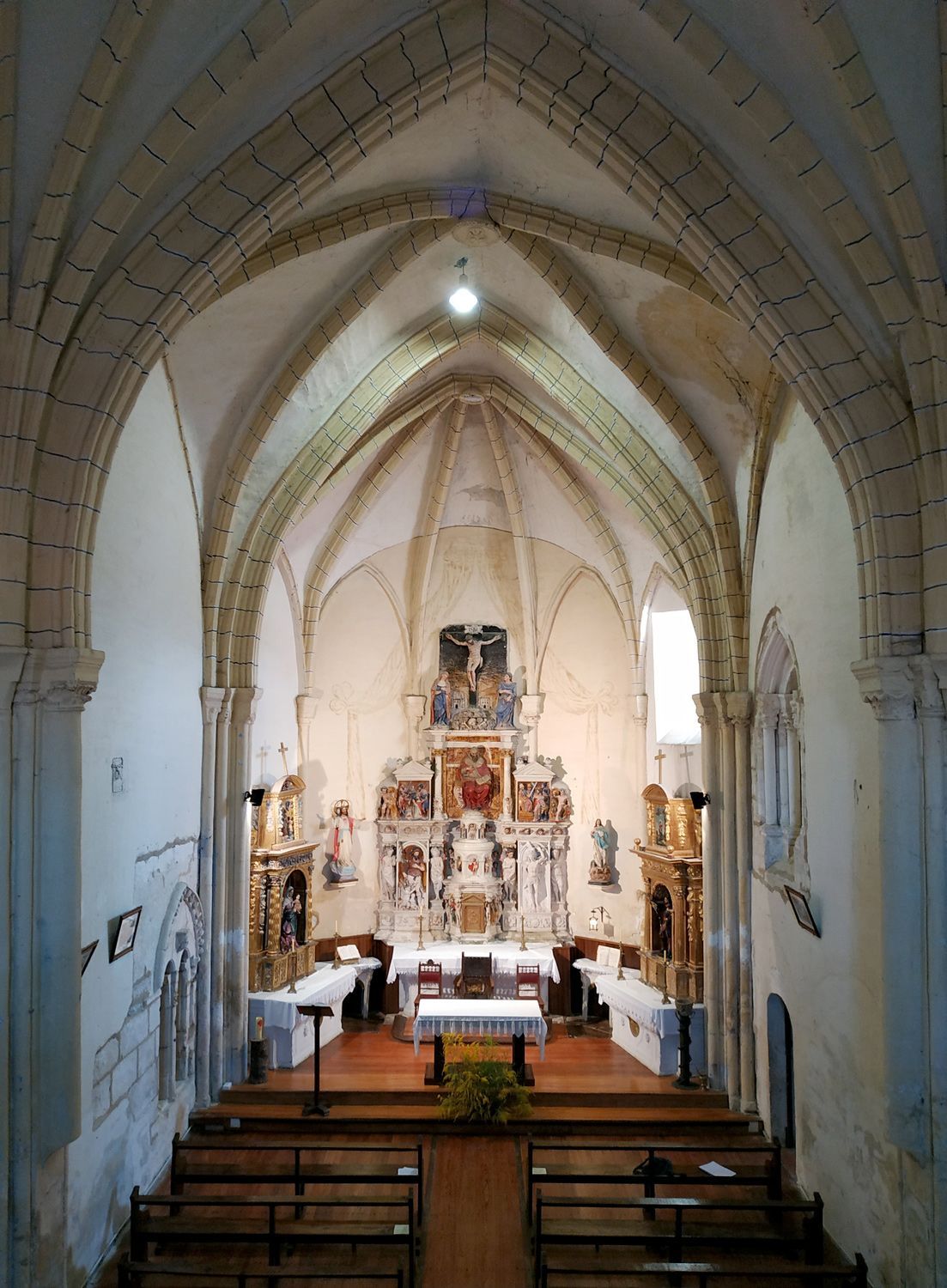 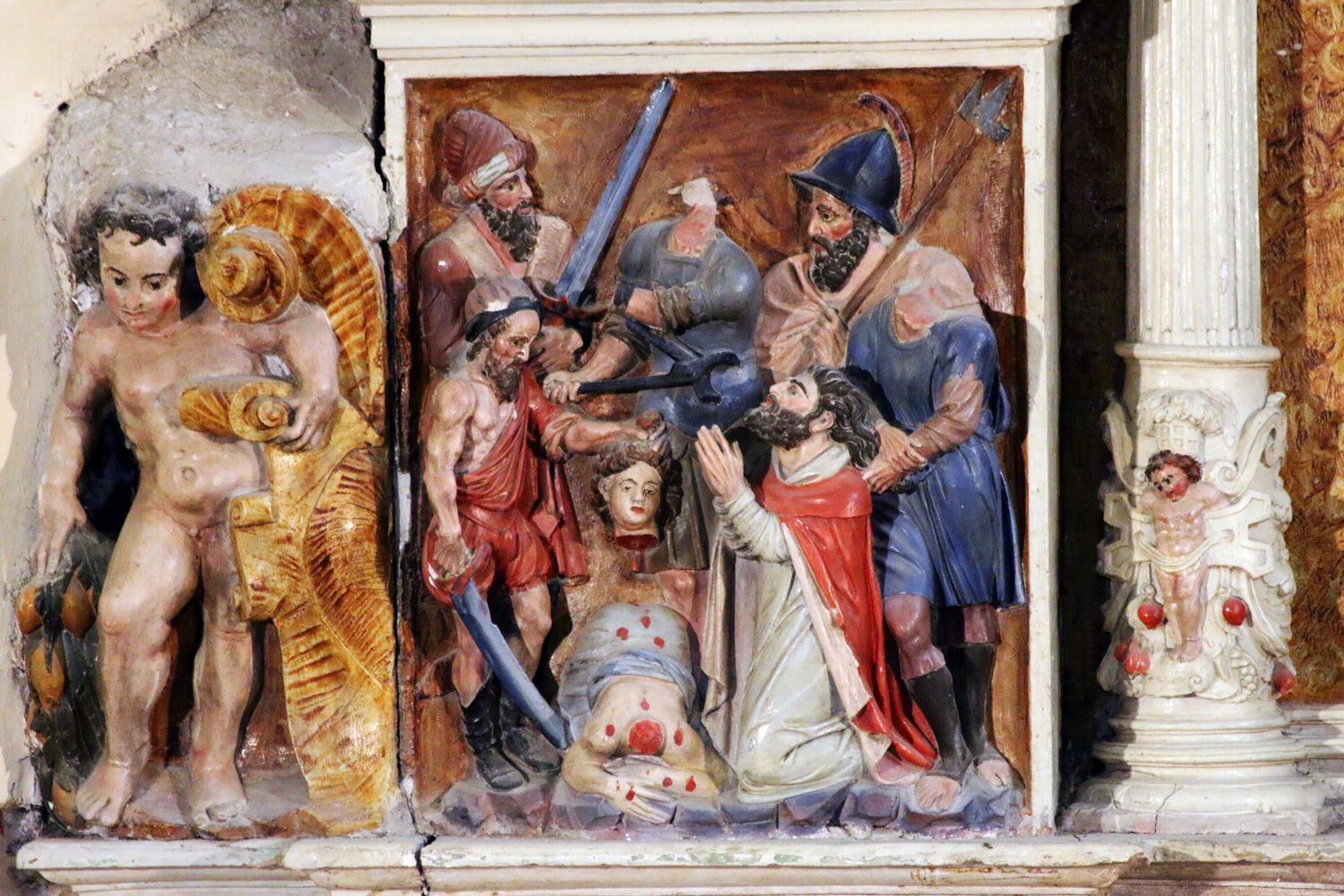 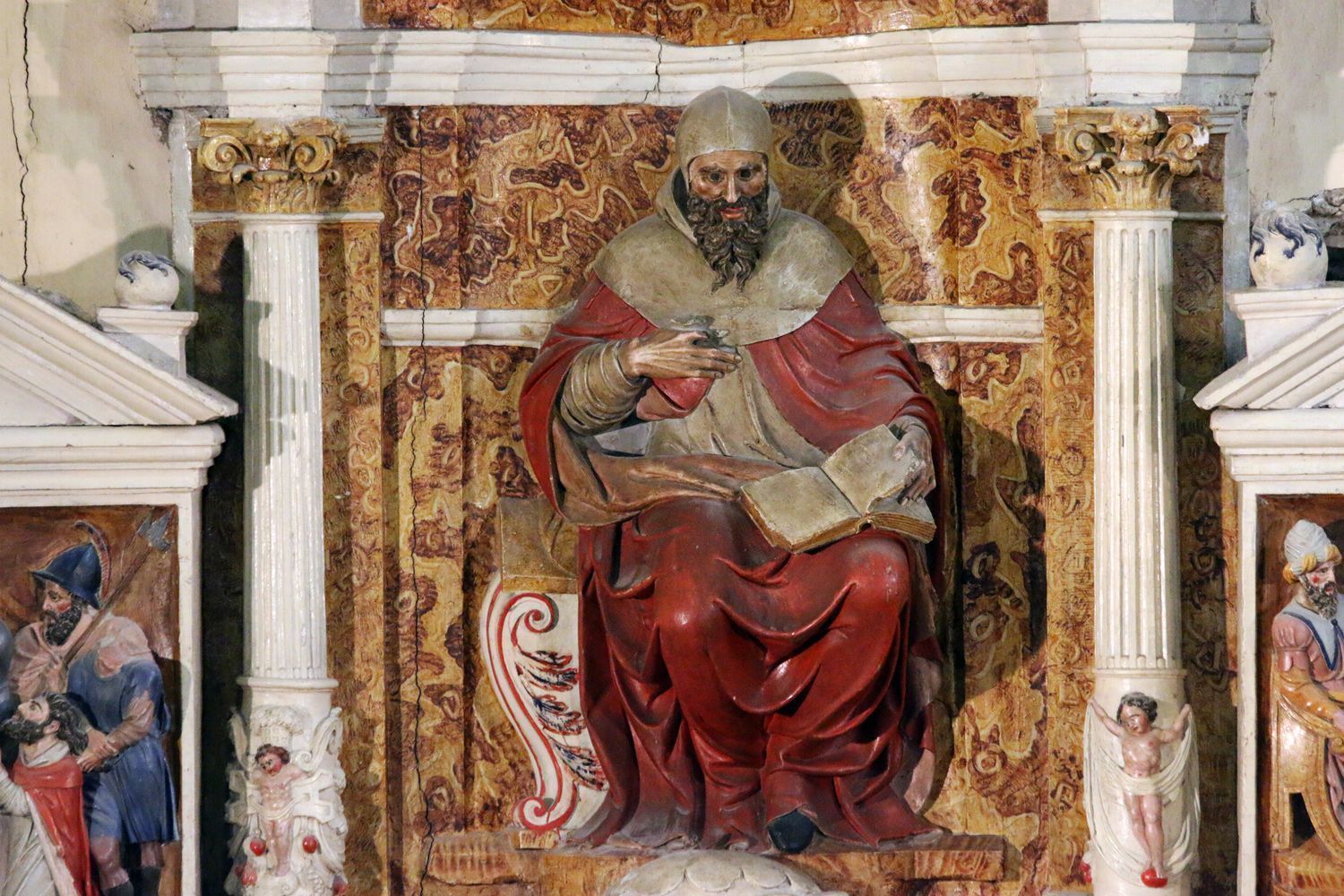 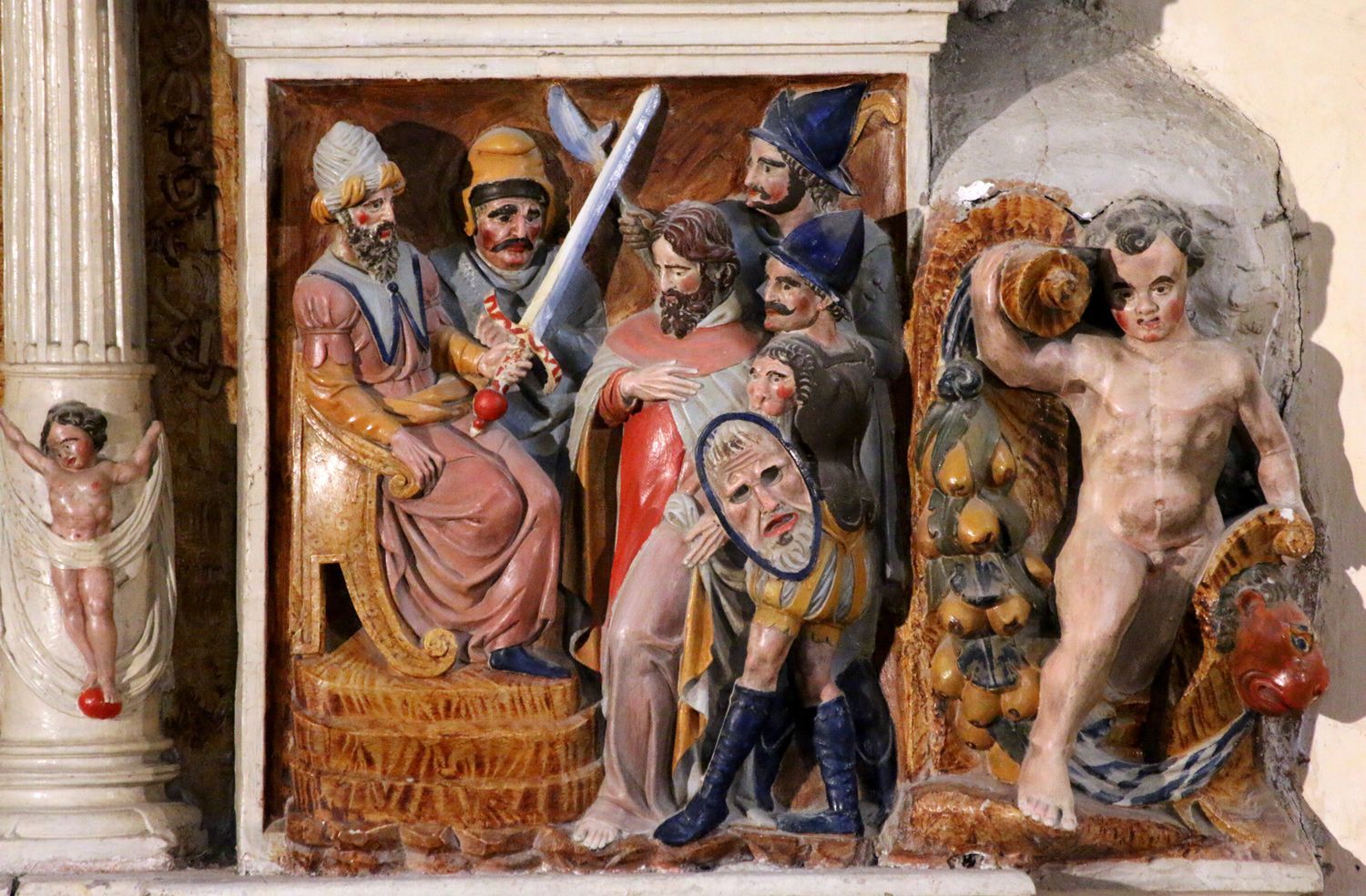 In the lower part, flanked by a series of angels with varied postures and a marked contrapposto, we find two saints that have lost a large part of their original polychromy: a Saint Sebastian tied to a tree and pierced with arrows, and a Saint Roch dressed as a pilgrim, protector against the epidemics and the plague, and a very venerated saint on the Jacobean roads. 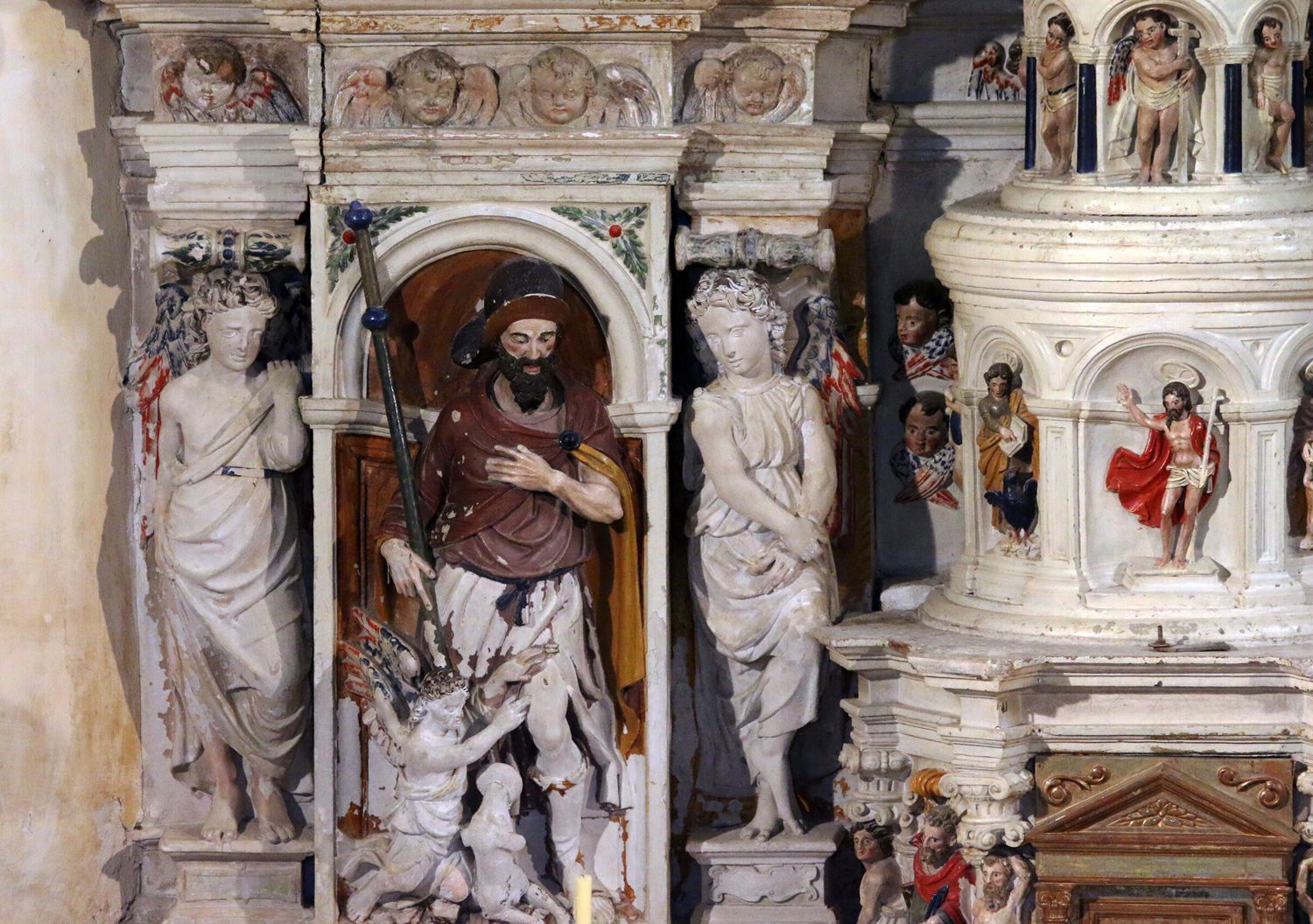 The tabernacle is conceived as a circular small temple with several floors, showing the knowledge of the Italian architecture of the moment. We can see several figures around, such as Adam and Eve, Saint Peter and Saint Paul or the Resurrected Christ.

At the top, a calvary with the Crucified, the Virgin and Saint John crown this impressive altarpiece whose authorship and principal are unknown to date. 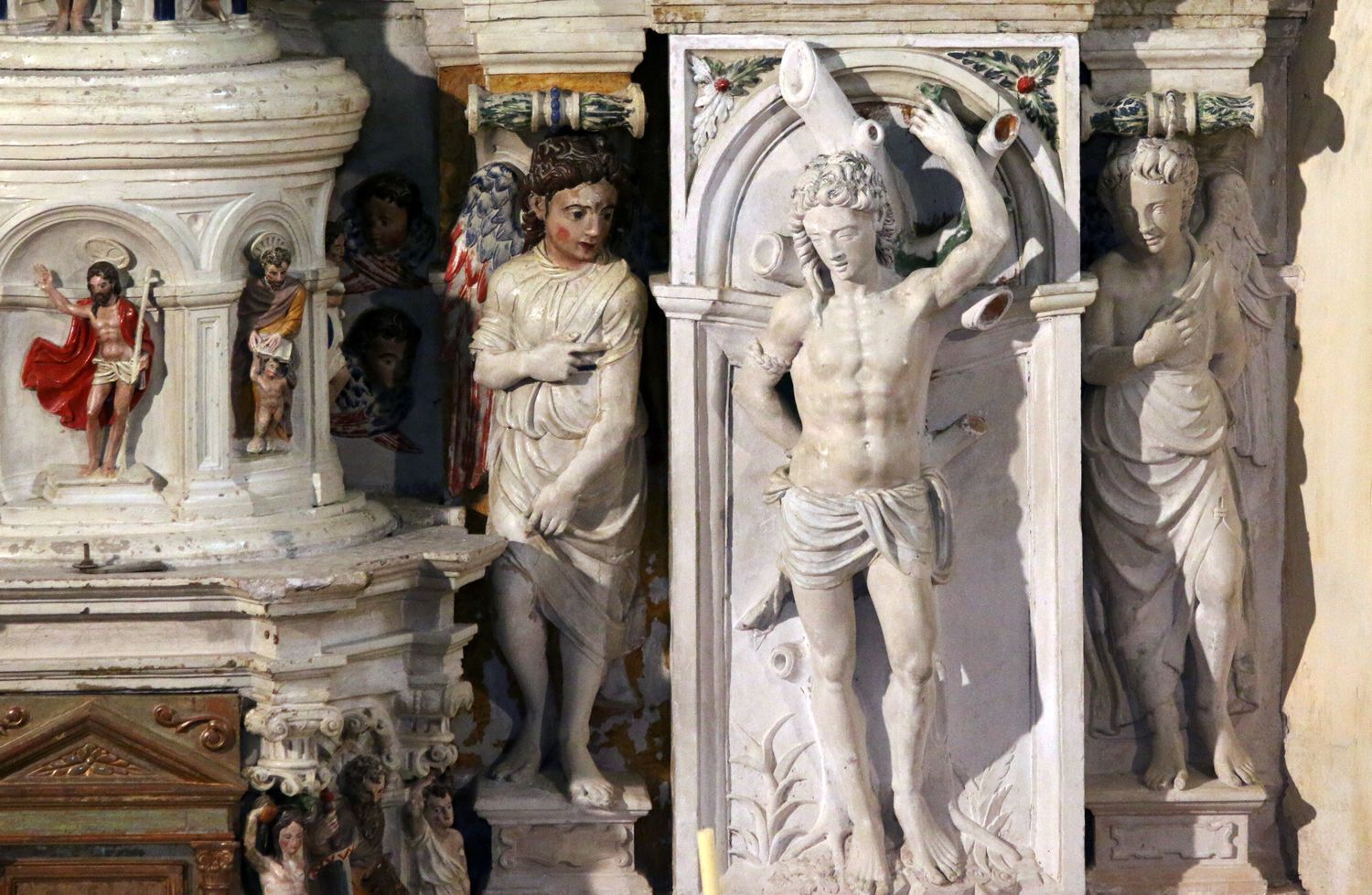 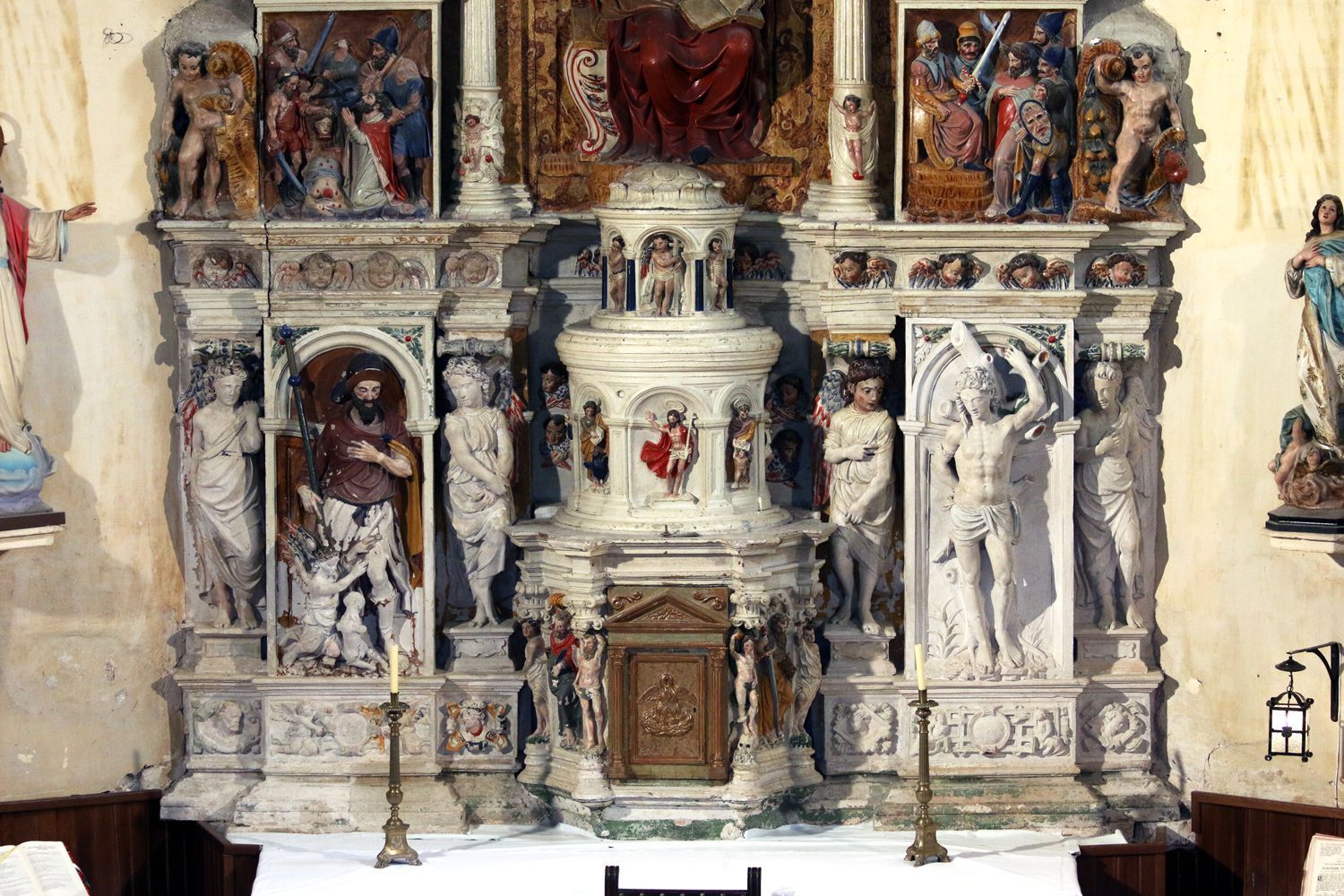 Incidentally, in the current baptistery, which might have been created as a private chapel attached to the nave of the church, there is a polychrome Gothic tabernacle, whose original function and location are difficult to specify as of today. 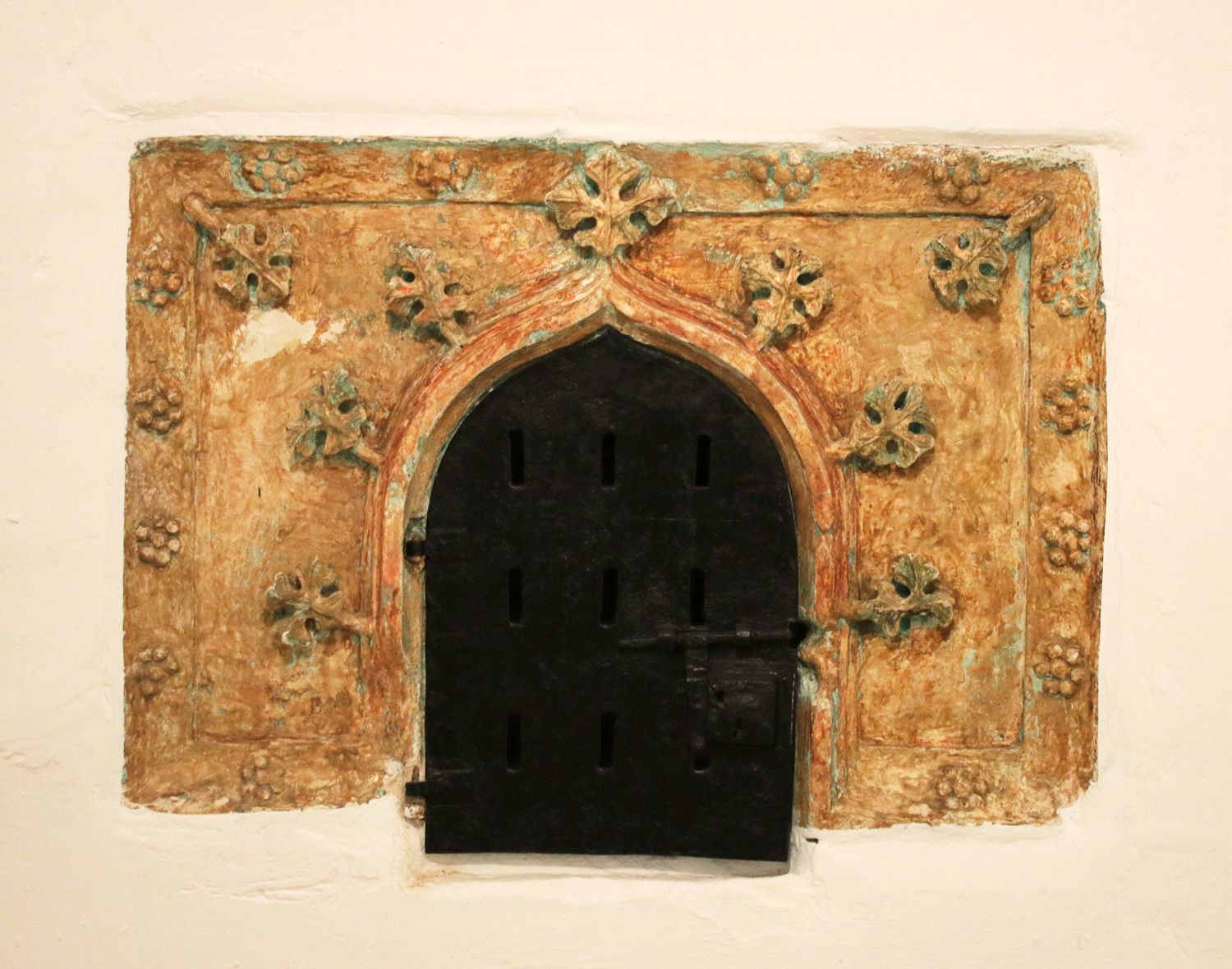